Race on for smart road stretch for Ranchi 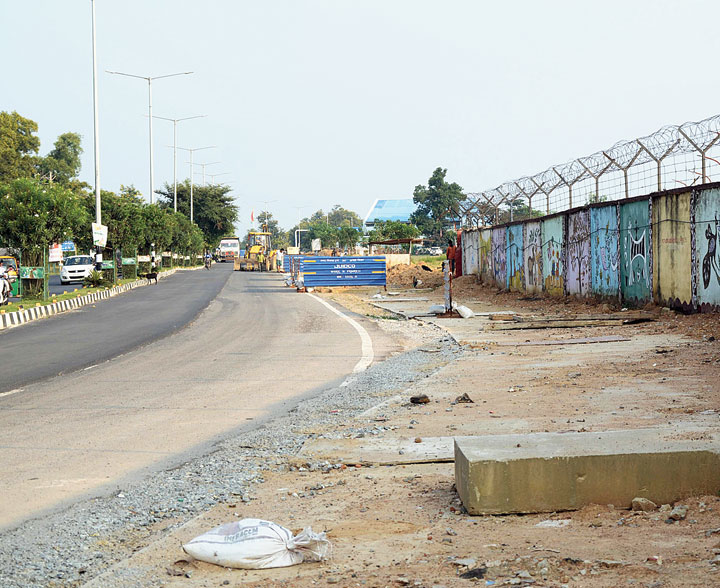 The government is trying to activate the data centre of the Command Control and Communication Centre under the Ranchi Smart City project on a war footing so that the designated smart road portion between Birsa Chowk and Raj Bhavan becomes sensor-regulated and impresses residents before the model code of conduct for the Assembly polls kicks in.

A directive issued earlier this month by state urban development secretary Ajoy Kumar Singh to Jharkhand Urban Infrastructure Development Company (Juidco) and Calcutta-based Honeywell Automation India Ltd, which is executing the project, has asked both to ensure that the 100m-plus stretch of the smart road feels the visible effects of the data centre of the command control and communication centre, a.k.a C-4, by October-end.

A senior Juidco officer said they would ideally like chief minister Raghubar Das to “get the feel of” the smart traffic control, real time environment monitoring and parking system through the sensor-based Internet of Things concept as part of the smart city project by the end of this month before the Assembly polls are notified.

“All these will be possible if the data centre that controls all these aspects gets activated,” the officer added.

An 8.85km stretch between Birsa Chowk and Raj Bhavan (via Main Road) is being built by Chhattisgarh company Amar Infrastructure at a cost of Rs 162.7 crore.

Ameet Kumar, the CEO Ranchi Smart City Corporation (RSCCL) and director of the State Urban Development Authority (Suda), said plans were afoot for an early start of the data centre of the command control centre on a pilot basis.

Kumar said the C-4 was a pan-city scheme and part of the smart city project already under execution. “We’d like the people to get a feel of the IT initiatives in terms of intelligent traffic control. We will launch the project on a pilot basis in one of the designated four smart roads of Ranchi as soon as possible,” he said.

Honeywell Automation India Limited is executing the Rs 164-crore pan-city component of the smart city project. The Command Control and Communication Centre is being set up at the capital’s Dhurwa.

The Juidco officer promised a slew of attractions.

“Sensor-based automatic traffic lights signals will function based on the density of traffic on the road and streetlights will glow brightly or otherwise based on how bright daylight is to save power. CCTV surveillance on roads will be cutting-edge. Information on real-time air ambient quality and weather data will be on display on roads through LED panels. Sensor-based parking facility will be introduced along dedicated parking bays,” said the official.