Veteran Ajsu Party leader and former Barkagaon MLA Loknath Mahto has launched an indefinite movement against alleged atrocities by police on local villagers demanding better compensation for their land acquired by NTPC for its captive coal mine projects in the region. 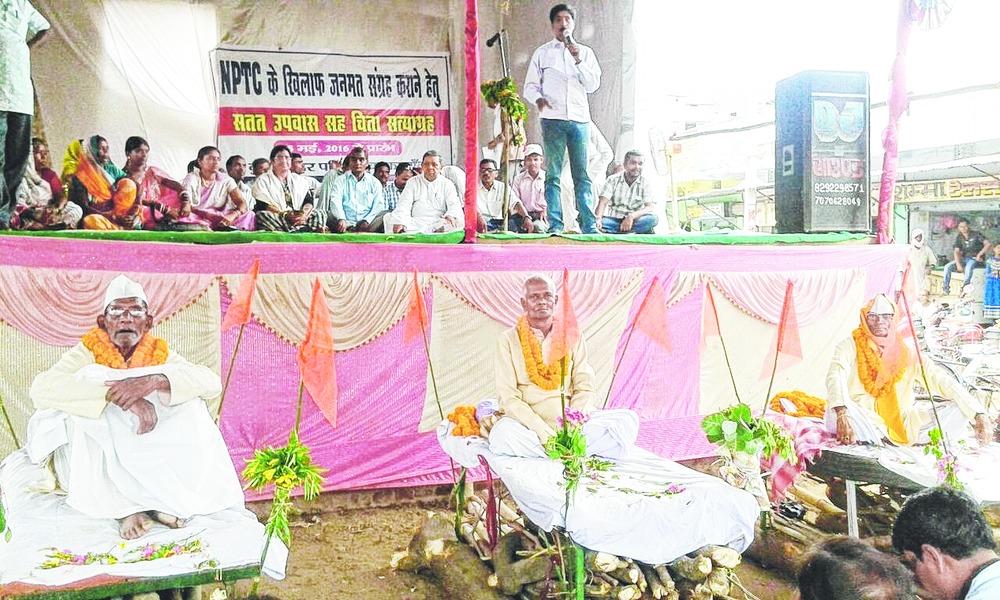 Barkagaon (Hazaribagh), May 26: Veteran Ajsu Party leader and former Barkagaon MLA Loknath Mahto has launched an indefinite movement against alleged atrocities by police on local villagers demanding better compensation for their land acquired by NTPC for its captive coal mine projects in the region.

Sitting on a pyre since yesterday in what he called a chita satyagrah, the 70-year-old leader demanded action against police, who were allegedly working as an agent of the PSU to suppress people's voice and grab their land.

Awadh Kishore Yadav (38), a local BJP leader, and Sugan Sao (85), a rayat who has lost his land for the said projects, have also joined the pyre stir.

Mahto also demanded a plebiscite in Barkagaon, and said that he would end his agitation if majority of the people voted in favour of the PSU.

"Local residents are terrified these days with police using force and cane power to strangle peaceful protests. They (police) had shot and injured six villagers on August 14 last year to crush an agitation. On April 14 this year, they beat up villagers protesting peacefully. The police resorted to lathi charge again on May 2 and May 5, leaving several men and women injured," he asked.

According to Mahto, anyone can agitate peacefully and police don't have the right to suppress the voice of dissent by using lathi.

Sources said NTPC had acquired 2,000 acres for Chatti Bariatu mine and 8,000 acres for Pankri Barwadih mine - both in Barkagaon. These apart, 2,000 acres have been taken for a similar project in neighbouring Keredari block.

"NTPC acquired acres of land but did not compensate the land owners and the displaced properly. The villagers are agitating for proper compensation but see how police have been working here," said Mahto.

Sources said the villagers, led by local strongman Yogendra Sao, had been on the protest path for the past many months.

The former Congress leader and his MLA wife Nirmala Devi have been able to maintain their stronghold in the area due to their active participation in these protests. The couple were also arrested for their role in the violence at the NTPC project site in August last year.

Though late, Mahto, who had lost the Barkagaon seat to then Congress leader Yogendra Sao in the 2009 Assembly elections and again to Nirmala Devi in 2014, is apparently now trying to cash in on the NTPC issue. Thus, the sources said, he had launched the pyre stir to revive his lost support base in the area.