Protests in Dhanbad against privatisation of mines and railways 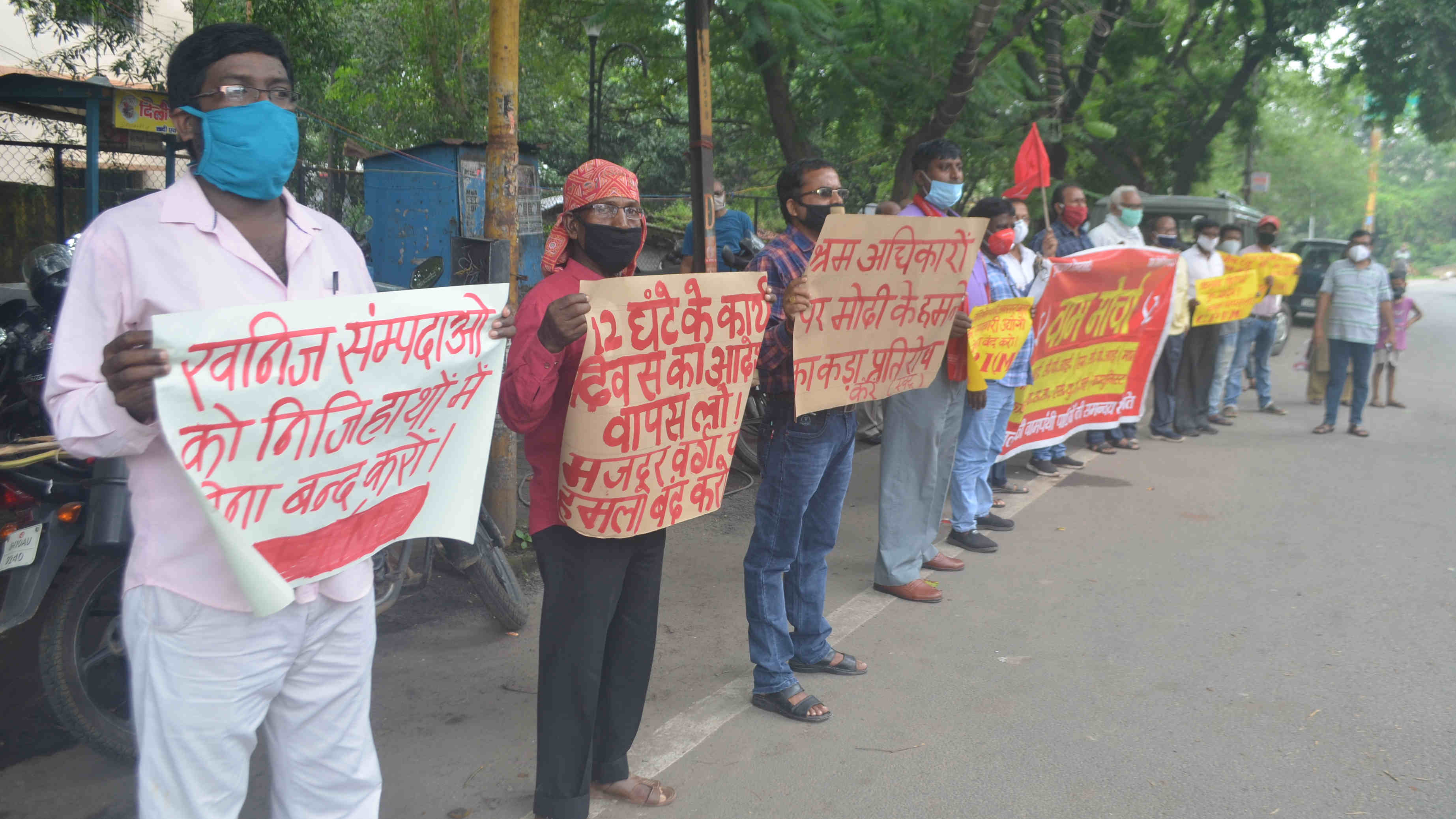 Different organisations on Sunday, including railway employees and the Left parties, separately carried out protests at various parts of the district against the central government's privatisation policies, especially against commercial mining.

The railway employees carried out demonstrations under the banner of East Central Railway Karmchari Union (ECRKU) at Dhanbad railway station, while the left parties carried out protests on the occasion of August revolution against the commercial mining at Randhir Verma Chowk near district headquarters.

The railway programme began during morning at around 10 am in front of Dhanbad railway station, during which the protestors also visited the closed coach depot of the station and held gate meetings.

Talking to the media, PK Mishra, Central organising secretary, ECRKU, said, “We are protesting against handing over of the railways to private operators, surrender of 50 per cent of posts and demanding resumption of Ladli Yojna and old pension etc.”

The regional joint secretary of ECRKU, Ak Dan said, “We held the protest on the occasion of August Revolution and also expressed our dissent against the government's reluctance to re-launch the Liberalized Active Retirement Scheme for Guaranteed Employment for Safety Staff.”

Talking to The Telegraph Online,  district president of Marxist Coordination Committee, Hari Prasad Pappu, said, "On one hand Prime Minister Narendra Modi is claiming about Atmanirbhar Bharat or self-dependent India, while on the other hand all the steps taken by the central government are aimed at helping the foreign capitalists."

Pappu, who is also the district general secretary of Central Industrial Trade Union, further said, “All trade unions have also decided to carry out a strike on August 18 in the coal sector for repealing of the decision of allowing commercial mining, and the decision to sell Singreni Collieries Company Limited, and a few other issues."