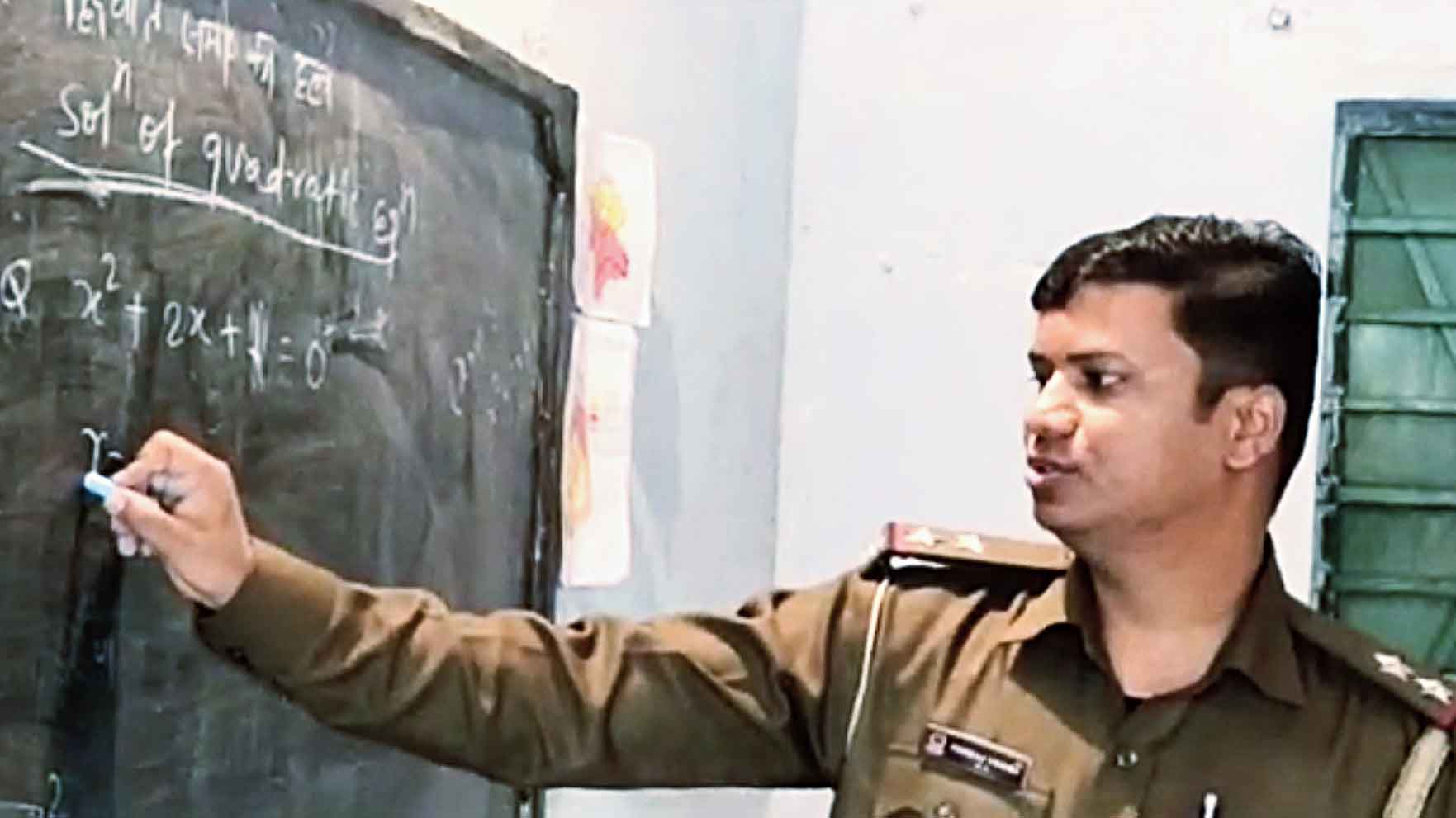 A young police officer in Jharkhand has been keeping aside time from his hectic duty to teach mathematics to students of a girls’ school in Dhanbad district.

Pankaj Verma, 27, who is the officer-in-charge of Jogta police station in Baghmara under Sijua colliery region of Dhanbad, teaches mathematics to around 40 Class X students at the government-run Modidih Girls High School for two hours in the morning. The area is known for crime and mafia related activities, which were depicted in the film Gangs of Wasseypur.

“I requested the principal (Satish Singh) if I can teach the students mathematics after the in-person classes resumed in the middle of December. The principal readily agreed. Since then I have been teaching the students every single days (except on holidays). I do not go by the syllabus but make the students grasp the basics of mathematics and do not leave till I have completed my job. The students seem excited and come up with queries not only in the school but at times at the police station too. I am more than happy to solve their queries,” said Verma, a 2018 batch Jharkhand Staff Selection Commission officer.

The youngest in a farmer family of three brothers and one sister in Koderma district, Verma had to struggle with poverty to complete post-graduation in mathematics from Vinobha Bhave University, Hazaribagh.

The teaching style of the police officer is also proving to be a learning experience for the school staff.

“We are impressed with the teaching style of the police officer as it is not bookish and more concept-oriented. It makes even difficult topics look easier to understand for the students. In fact, we have come to know that before joining the police he used to run a coaching institute of his own with focus on physics, chemistry and mathematics. In a short span of a few weeks, the girls have become so fond of his teaching style that some do not even hesitate to go to the police station to sort out their queries. It is a welcome change in the perception of girls and women towards police. It will prove to be a milestone in changing police–public relations in Dhanbad,” said principal Satish Singh.

Priya Kumari, a Class X student, whose father is a labourer in the Sijua colliery, now dreams of becoming a police officer.

“Sir has made us confident that despite odds and struggle one can achieve success in life through hard work. I was very weak in equations and solving complicated calculations. But this has changed after I took lessons from Sir. One day I also want to be a police officer,” said the 15-year-old Priya.