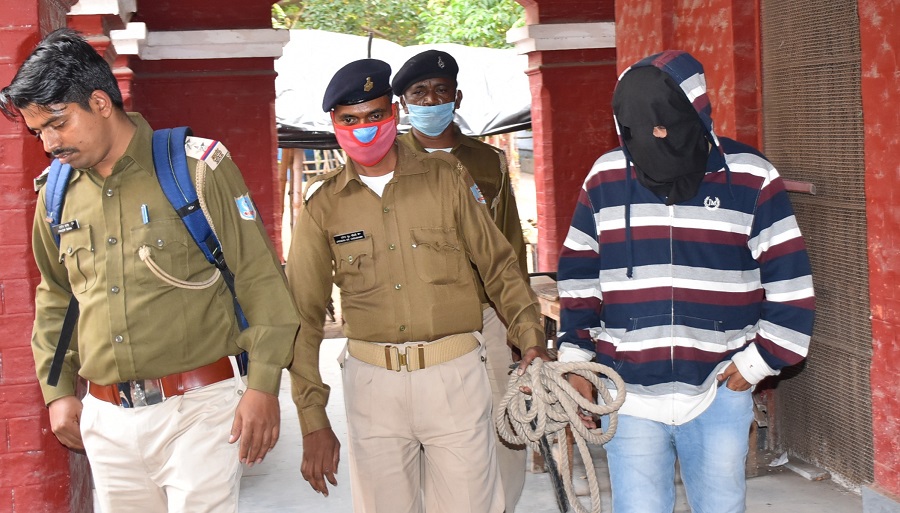 Controversial coal trader of Dhanbad, Badal Gautam was sent to jail in an old case of rape of the married daughter of a former Director Technical of BCCL after being produced in the court of chief judicial magistrate, Arvind Sao.

Gautam who is also accused of several other cases of extortion, threatening etc, was absconding. He was arrested by Dhanbad police with the help of Railway Protection Force of Mughalsarai from Pandit Deen Dayal Upadhyay Railway Station (also known as Mughalsarai Railway Station)  while travelling in Down Secunderabad-Danapur Covid special train last night.

Before being produced in court, he was brought to Bank More Police station today and later taken to Govindpur Police station. Senior police officers including City SP, R Ramkumar and Additional Superintendent of Police were present when he was taken to the court.

Notably, the 32-year-old victim, married in 2009 to a Calcutta based engineer, who is also the mother of a 10-year-old daughter and a three-year-old son lodged a rape, abduction, threatening and loot case against Gautam in Bank More police station on September 21.

Her statement was later recorded before the court of 1st class judicial magistrate of Dhanbad, Pratima Oraon on September 23 under section 164 of CrPC.

The victim, who left her in law's place at Calcutta on July 11 after an estranged relationship with her engineer husband, in her FIR at Bank More police station charged Badal Gautam of raping her several times during her stay in Delhi in July-August this year.

Notably, the victim revealed that she went to Delhi along with her childhood friend Sanket Krishnani, her driver Satpal Yadav and Badal Gautam (Sanket Krishnani’s friend) via car where Badal Gautam made arrangement for their stay at the flat of one of his friend Abhishek Rai.

"Badal, however, one day sent Abhishek and krishanai out of the Abhishek's flat in Delhi on the pretext of bringing something from the market but used the opportunity to outrage my modesty (rape me)" claimed the victim in her complaint.

She further charged that Badal also threatened her in name of kidnapping her friend Sanket Krishnani due to which she was afraid of lodging case against him.

"Badal also demanded ransom worth Rs 25 lakh from the family members of my friend, Sanket Krishnani by calling them and claiming that he has kidnapped Krishnani" claimed the victim in FIR.

Repeated efforts to contact Dhanabd SSP, Assem Vikrant Minz in this regard failed.