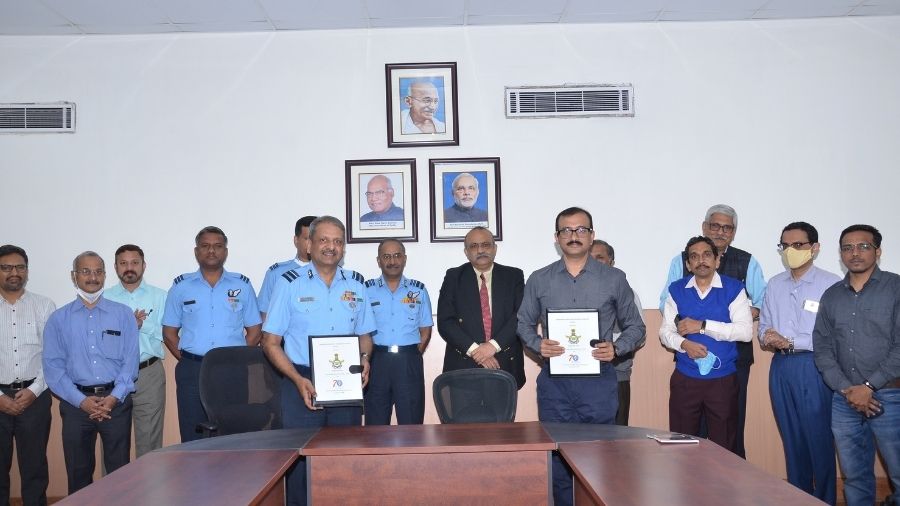 The National Metallurgical Laboratory (NML) on Monday, in a major move entered into an agreement with the Indian Air Force (IAF) in the field of Research and Development (R&D). The NML is a leading Ranchi-based laboratory of the Council of Scientific and Industrial Research (CSIR).

A top level IAF delegation signed the MoU, which was led by Air Marshall Vibhas Pande and included senior officials of the NML.

“During the visit, discussions were held on the areas of prime national interest in the field of materials, metals, corrosion science and other allied engineering domains with an aim to decide on aspects of collaborations between IAF and NML,” a spokesperson of the laboratory said.

The IAF delegation stressed upon the requirement of improving the reliability and serviceability of their legacy assets, with emphasis on material informatics, substitution, life extension and indigenisation.

The importance of refurbishment, reclamation, simulation of material behaviour and increasing the envelope of operations were brought out. The need for HR development through training, workshops and knowledge exchange were highlighted.

The team of the IAF inspected the research and development facilities at the Burmamines campus of the NML.

The National Metallurgical Laboratory is the third in the CSIR family that comprises 38 labs. It was formally inaugurated and dedicated for scientific research in India by Jawaharlal Nehru on November 26, 1950.

The NML is one of the premiere, publicly funded research and development organisations of the country in the field of metallurgy and materials exploration. It is backed-up by state of the art infrastructure (both at laboratory and pilot plant level), substantial number of technology development initiatives available for commercialisation, intellectual property holding and research publications.

In recent years, the laboratory has emerged as a leading technology provider to a number of industries, including start-ups. The NML has 125 scientists and highly skilled technical personnel, aiding its quality human resource.