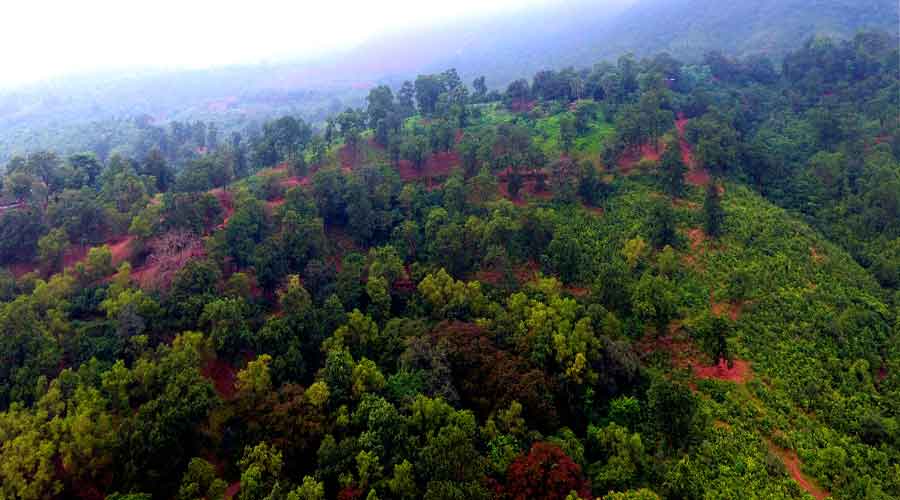 The National Green Tribunal (NGT) has the directed Union ministry of environment and forests and Jharkhand’s forest department to submit report on the failure to declare Sasangada/Saranda sanctuary in West Singhbhum district as an eco-sensitive zone.

The directive was given by the NGT’s eastern zonal bench comprising Justice S.P. Wangdi and expert member Nagin Nanda while hearing a petition filed by Delhi-based conservationist and trustee of non-profit entity Legal Initiative for Forest and Environment, R.K. Singh, last week.

“Considering the facts and circumstances set out in the application we are satisfied that substantial question relating to the environment arises in the case,” the bench said and issued a notice to the respondents (ministry of environment and forests and Jharkhand forest department) to reply within six weeks.

“The respondents shall file a report with regards to the questions raised in the application at least one week before the next date,” the directive said.

The case is slated for its next hearing on October 19.

“My fight is to give status of eco-sensitive zone to the Sasangada/Saranda sanctuary (considered to possess Asia’s largest sal reserves) which consists of 126 compartments of reserve forest blocks and two protected forest blocks in an area of 31,468.25 hectares which have been included in the working plan for management of the Saranda forest division prepared for the period from 1976-77 to 1994-95 (forest working plans are made for 20 years),” Singh told The Telegraph.

The wildlife expert, who did his PhD on impact of mining on the elephant habitat in Saranda forest from the Wildlife Institute of India (Dehradun), in his application to the tribunal has alleged that successive Jharkhand governments and the ministry of environment, forests and climate change have failed to declare the eco-sensitive zone in respect of Sasangada/Saranda sanctuary and have excluded it from the exercise conducted across the country pursuant to the directive issued by the Supreme Court in the 2011 case of Goa Foundation vs Union of India.

“The Jharkhand government is not even recognising Saranda as a sanctuary and has excluded it from the exercises conducted in pursuant to the Supreme Court judgement in the case of Goa Foundation vs Union of India (2011).

Singh said that the Saranda sanctuary finds mention in the report prepared by the now defunct Indian Board for Wildlife (IBWL) on November 24, 1965, for a delegation of the International Union for Conservation of Nature (IUCN).

The name of the sanctuary also features in the Indian Forest Records: Glossary of Terms used in nature conservation and wildlife management, published by the Forest Research Institute in 1970.

“It was last mentioned in the working plan for the Saranda forest division from 1976-77 to 1995-96 wherein it mentions that the sanctuary was notified in February 1968 and covers forest areas of Thalkobad, Karampada, Kodalibad, Tagooda, Karujagdaburu, Samta and Tirilposi,” said Singh.

A 2016 study by the Wildlife Institute of India found that plant species in the Saranda forest had come down to just 87, from over 300 species earlier. They also could not spot a single elephant, even though the 2010 census recorded 253 elephants.

“If it is notified as an eco-sensitive zone, then the sanctuary’s diversity would be protected and all activities detrimental to the sanctuary would not be undertaken,” said Singh.