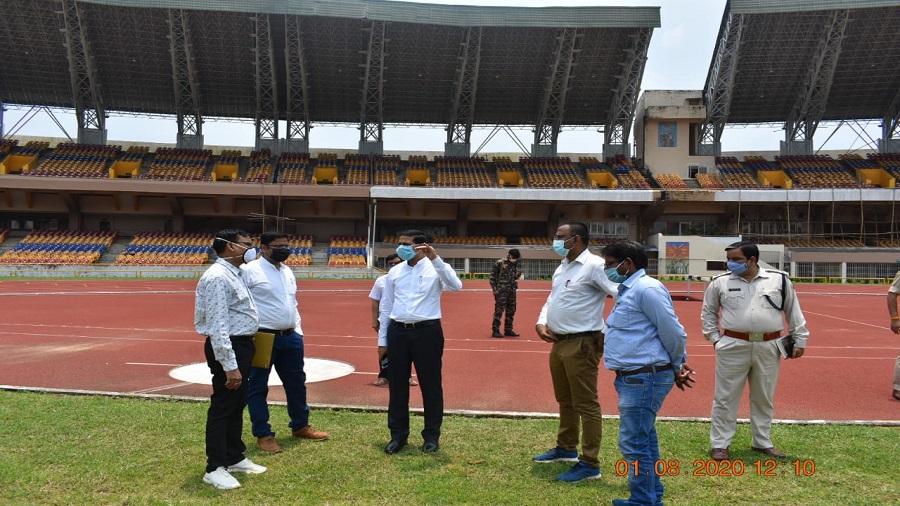 For the first time in several years, Ranchi’s iconic Morabadi ground will not be hosting the Independence Day programme with the district administration having begun scouting for a fresh venue for the official flag-hoisting ceremony that will be a low-key affair in view of the coronavirus pandemic.

District administration sources told Telegraph Online that the reason behind looking for a fresh venue is to restrict public turnout. An official, who was part of Saturday’s team, said, “It will not be possible to restrict the public from entering Morabadi ground as it is open from all sides. Holding the programme there would mean engaging lots of security personnel, which is currently not feasible with everyone busy with Covid related duty.”

As an alternative, therefore, two venues had been zeroed in — the Birsa Munda Football Stadium and JAP-1 ground.  “Both are guarded premises where only select people can enter. At the football ground, there are about eight entry gates which can be manned and regulated without traffic hassles. Similarly, JAP-1 ground is a no-trespassing zone by virtue of it being a police administration premises.”

Deputy commissioner Chhavi Ranjan said they were yet to take a final decision on the venue. “Yes, we have decided to hold the state function at a different venue this time. I have asked officials to prepare separate reports of each of the venues which we inspected today. We will then submit these to the government for a final nod,” he said.

In the wake of Covid-19, the state government has already announced a low-key I-Day programme. The Centre’s advisory also asks all states to decide on I-Day programmes judiciously to prevent crowds.