Morabadi ground decks up for Sunday 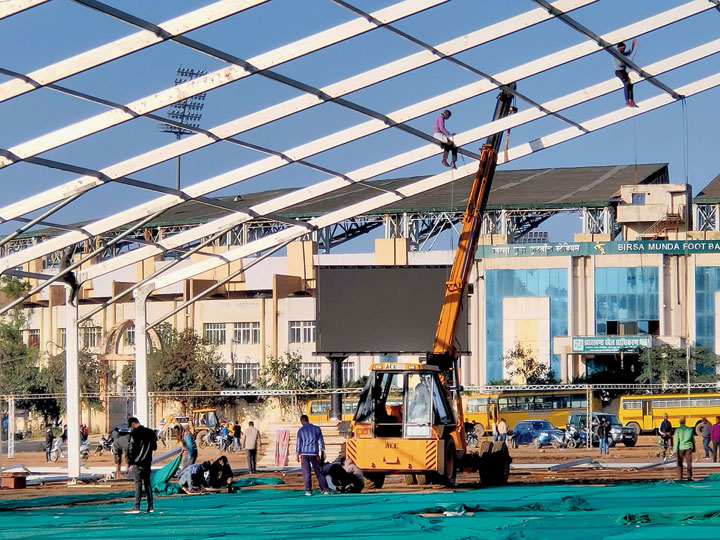 Morabadi ground was abuzz with activity on Friday as workers raced against time to set the stage for the swearing-in ceremony of chief minister-designate Hemant Soren on Sunday.

Governor Droupadi Murmu will administer the oath of office and secrecy to Hemant at 2pm in the presence of many senior political leaders of the country.

On Friday afternoon, around 50 workers were busy erecting hangars to accommodate at least 25,000 people who are expected at the venue.

Some were noticed levelling the ground that had developed potholes following rain on Wednesday night.

More than 45 workers were spotted decorating the stages.

‘Three stages are being set up. On one stage, oath will be administered to the chief minister and his cabinet colleagues while the other is meant for seating the MLAs. The third stage is exclusively for the VIPs and guests coming from different parts of the country. The arrangements are being made in such a way that everybody at the venue can see everything properly,” a worker deputed at Morabadi ground, said. 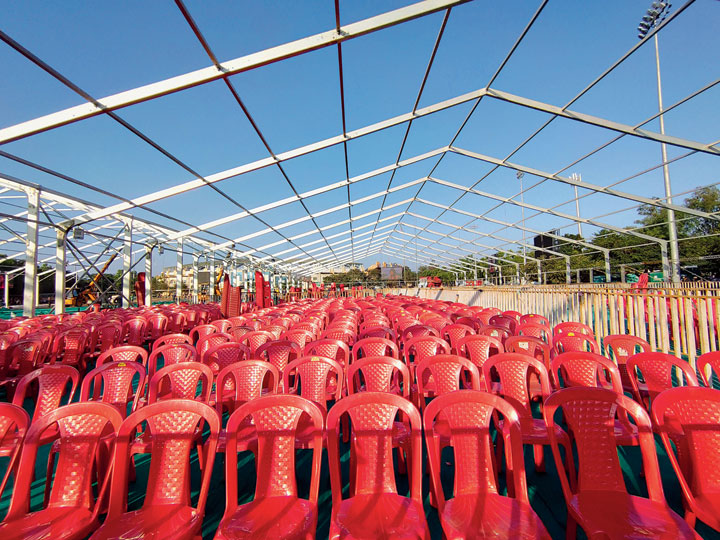 Rows of chairs meant for guests.
Picture by Manob Chowdhary

District administrative officials are regularly monitoring the work. Workers are being served food at the venue to ensure that time is not wasted during lunch.

“Days are shorter during winter. The chill and fog are compounding the problem. We have taken measures to ensure optimum use of the day in constructing the hangar,” a supervisor said.

Deputy commissioner Rai Mahimapat Ray agreed. “I visited the venue today (Friday) to check whether proper arrangement for food, water and medical facilities have been made. I think the venue will be ready by tomorrow (Saturday) afternoon,” he said.

Senior superintendent of police Anish Gupta said a robust security plan had been chalked out. “Police personnel will be deputed at strategic locations across the city to ensure that normal life is not thrown out of gear,” he added.