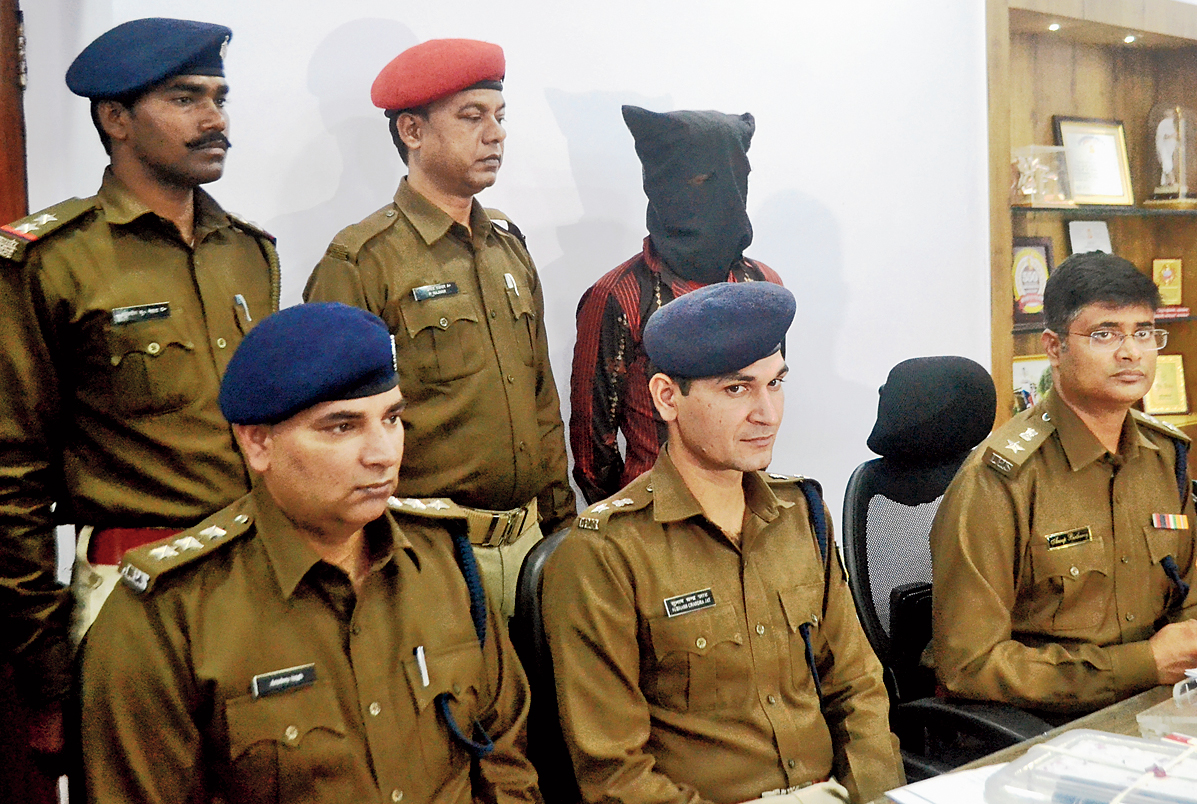 The man who had raped a 58-year-old woman patient at the government-run MGM Medical College and Hospital in the small hours of March 5 was nabbed early on Sunday when he was asleep on a shop’s verandah on Kalimati Road in Sakchi.

The culprit was identified as Gutu Pramanik, 30, a thief and resident of Zone 1 in Birsanagar. An informer tipped off the police about Pramanik hours after the police declared a cash reward of Rs 10,000 for any credible information about the accused.

East Singhbhum SSP Anoop Birtharay said Pramanik confessed to his crime even before he was taken before the survivor of his assault. The elderly woman identified the accused as her rapist.

SSP Birtharay said a police team was formed under city SP Subhas Chandra Jat to probe the case had found Pramanik’s trousers from the medicine ward of MGM hospital where he had raped the patient.

“His trousers are important as evidence. We also have the report of the medical test (of the woman). If need be, we will also get a swab test of the woman and a DNA match. But even now, we have enough evidence of rape against the accused to get a conviction,” said Birtharay.

The police said that Pramanik had a criminal record. He was sent to Ghaghidih remand home for a theft in 2002, when he was only 12. As an adult, he was arrested as many as six times in theft cases by Birsanagar, Golmuri and Sidhgora police.

A police official, who was in the investigating team in this rape case, said Pramanik had allegedly raped woman sweepers of MGM hospital before, but no one had spoken up. “He targeted extremely vulnerable women,” the cop said.

This crime sent ripples of shock in the steel city as the venue was a government hospital and the victim a patient.

Pramanik had entered the medicine ward around 11pm on March 4 with a knife. He raped the elderly woman in the presence of two other women in the ward, forced her on the ground and slept on her bed. He then left the place around 3am on March 5.

“He threatened them with dire consequences and gagged the woman before raping her,” the policeman said. “She left the hospital in the morning.”

Initially, MGM hospital authorities, after an internal probe, dismissed the rape as a rumour. But after the news did the rounds on social media and a local daily published it, the police swung into action, tracing the woman from Parsudih and making her file an FIR against the unidentified rapist on March 11.

The accused was on CCTV footage, but proved elusive to nab. On Saturday, the police declared a reward of Rs 10,000 for information on him. The policeman who spoke to The Telegraph said that even when their team was hunting for the accused, he had come to MGM hospital to take baths.

SSP Birtharay said they would now probe if the hospital administration had tried to hush up the matter.