Around 100 women were seen staging a sit-in around 4pm 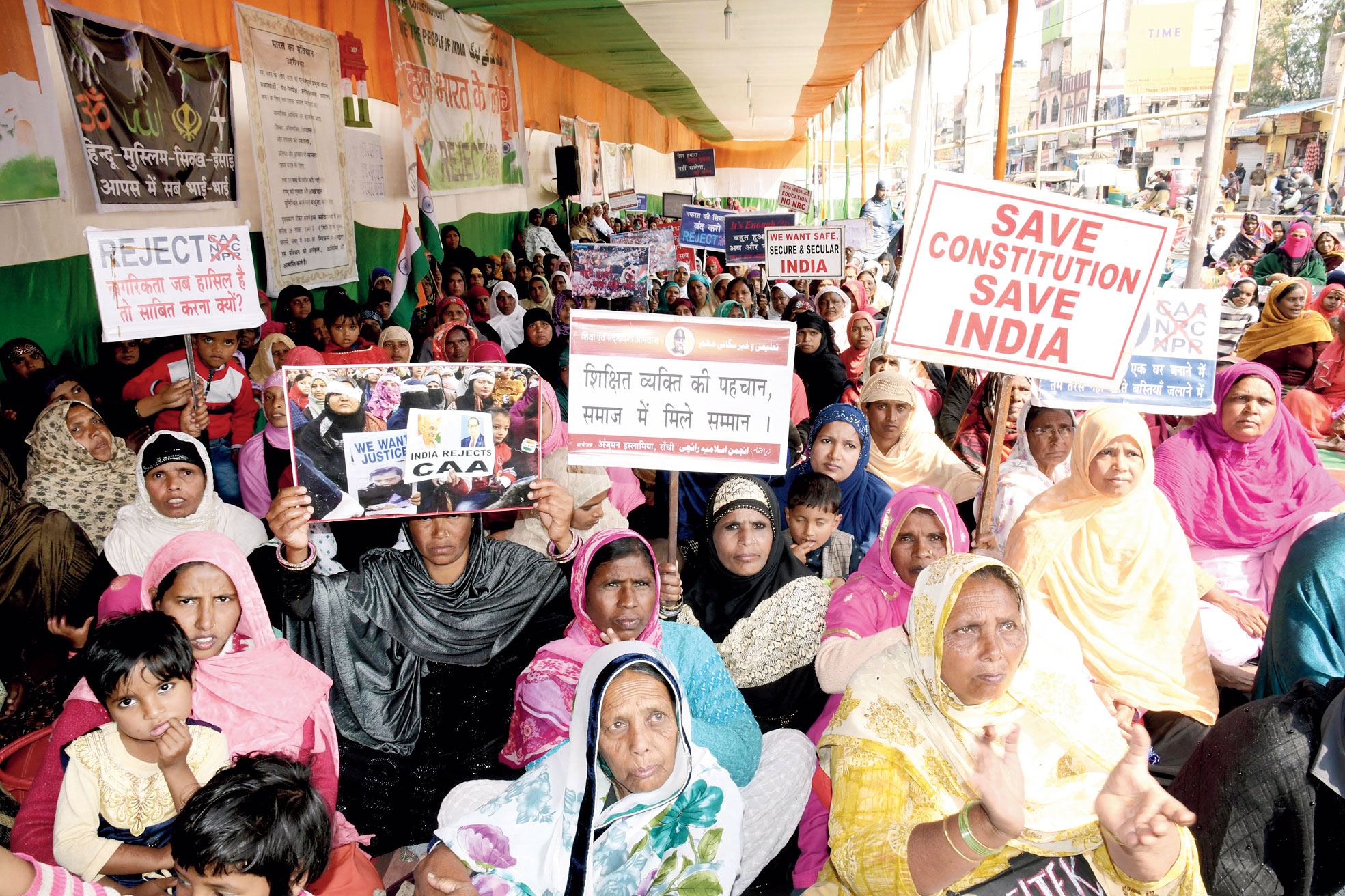 Women hold placards against the citizenship matrix at the indefinite demonstration in front of premise of the Haj House at Kadru in Ranchi
File picture
Achintya Ganguly   |   Ranchi   |   Published 17.03.20, 07:55 PM

The “Shaheen Bagh” of the state capital on Tuesday presented a picture in stark contrast with the other streets of Ranchi.

Despite widespread fear and panic over novel coronavirus, the protest against the citizenship matrix near Haj House at Kadru continued with equal zeal.

Around 100 women were seen staging a sit-in around 4pm. The protest by women, mostly Muslims, that started on January 20 completed its 60th day on Tuesday.

Will the women continue their protest or withdraw it in view of the coronavirus threat and the related government orders against crowded events? “We are aware of the government’s decision and would consider ways to help check spread of coronavirus,” said Nussy Begum, who has been protesting at Kadru from Day One.

“We are concerned and may downsize the gathering and only a few women would sit for the protest maintaining a safe distance,” Nussy said.

“The women are here not to create any problem but to uphold their constitutional rights,” said Tanweer Ahmed, who handles the media on behalf of the protesters

The anti-CAA-NRC-NPR protesters from Dhanbad on Tuesday withdrew their plan to agitate in front of the Assembly after meeting minority welfare minister Haji Hussain Ansari in Ranchi, who they said had promised a House resolution against the NPR.