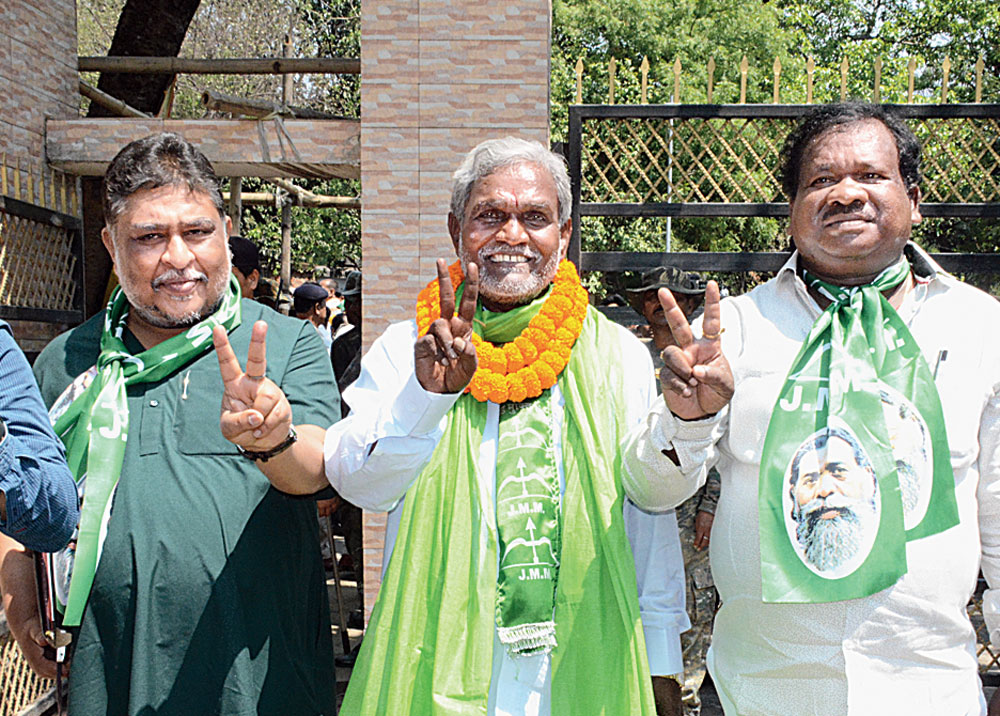 JMM’s Serai-kela MLA Champai Soren, who happens to be the face of the Opposition mahagathbandhan for the Jamshedpur Lok Sabha poll seat that will vote on May 12, filed his nomination papers on Monday.

“If I am elected, no houses of the poor will be demolished in city areas and corporate bigwigs will not harass temporary workers. No one will be displaced from their houses. Private schools raising fees arbitrarily will be stopped and state government schools closed by the current BJP government (merged with bigger schools) will be re-opened,” promised Champai Soren as he addressed 10,000 people.

Champai seemed to refer to the resentment in non-company areas (read non-Tata areas) in Jamshedpur, especially Bagbera and Birsanagar areas, after recent demolition of “illegal houses” for development projects.

Eleven nominations were filed for Jamshedpur seat on Monday at the collectorate. Notables included Jharkhand People’s Party Surya Singh Besra. A total of 18 nominations have been filed so far. The last date to file nominations is Wednesday.