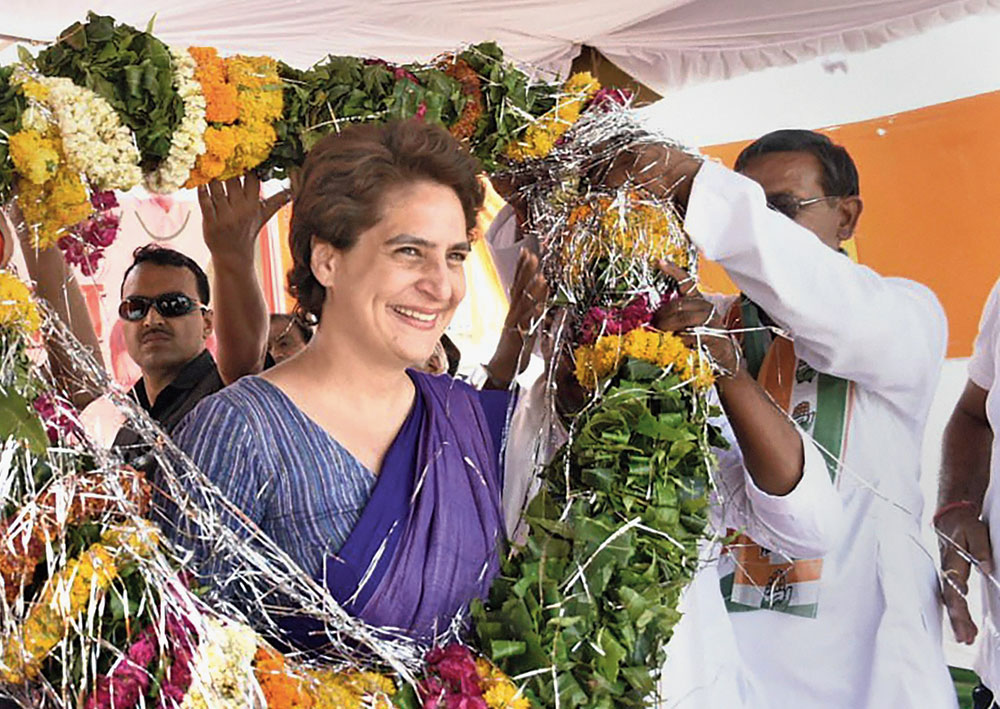 The JMM is trying hard to pull in star campaigners to campaign for Champai Soren, the mahagathbandhan candidate from Jamshedpur Lok Sabha seat.

The party has requested the central election committee of the grand alliance to bring Priyanka Gandhi Vadra for campaigning in the steel city.

JMM East Singhbhum district president Ramdas Soren, who is busy campaigning in rural segments, said the party had requested the grand alliance’s central election committee to send Priyanka for a rally in the constituency.

“We are looking forward to Priyanka’s rally in urban Jamshedpur. She will seek support for our candidate among urban voters,” Soren, a former Ghatshila MLA, informed. Jamshedpur constituency goes to polls on May 12.

Hemant held meetings with members of the grand alliance here on Monday and released the party’s manifesto for Jamshedpur constituency on Tuesday.

Although Champai is confident about support in rural segments – Potka, Ghatshila, Bahragora and Jugsalai, he also understands the importance of urban voters in Jamshedpur East and Jamshedpur West segments. Bringing Priyanka for a rally is part of the strategy to rake in the support of urban voters.

Champai, a three-time MLA from Seraikela and a former cabinet minister, has fought for the rights of contractual workers in industrial houses in the steel city.

“It is not that Champaida is not known in Jamshedpur, but we need to slog hard to ensure that urban voters vote for him. We do not have a very strong base in the urban segments in comparison to rural pockets, but intensive campaigning may turn things in our favour. We are doing just that,” a JMM leader said.