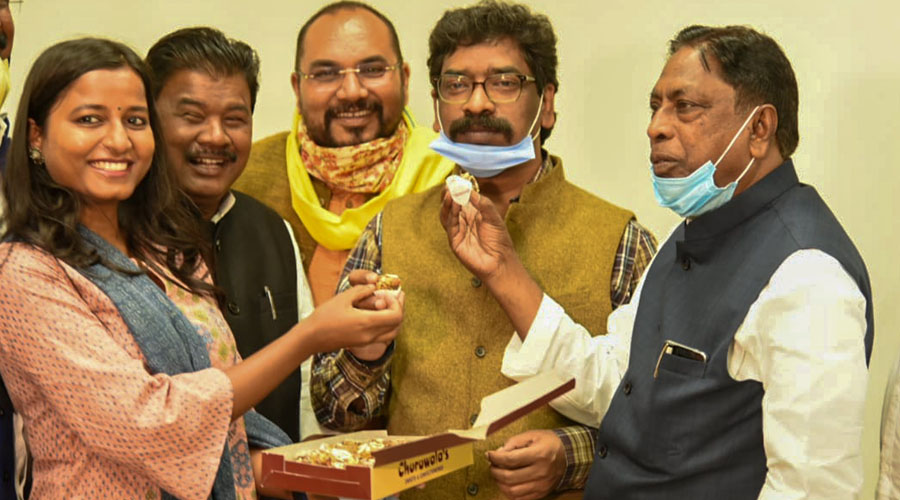 The ruling JMM-Congress-RJD alliance retained Dumka and Bermo seats on Tuesday by defeating BJP candidates in a show that defied the national trend of  NDA candidates pulling off a string of victories in 56 byelections held across the country.

The contest in Jharkhand did not go down to the wire as was expected during the early hours of counting which began at 8 am amid strict adherence to Covid-19 safety protocols. But the margins of victory in both seats were lower than the 2019 polls.

In Dumka, a seat reserved for scheduled tribes and in the traditional JMM stronghold of Santhal Pargana, chief minister Hemant Soren’s younger brother Basant beat the BJP’s Louise Marandi by 6,440 votes, as per the figures released by Election Commission of India. Basant polled 79,964 votes, compared to Louise’s 73,524. 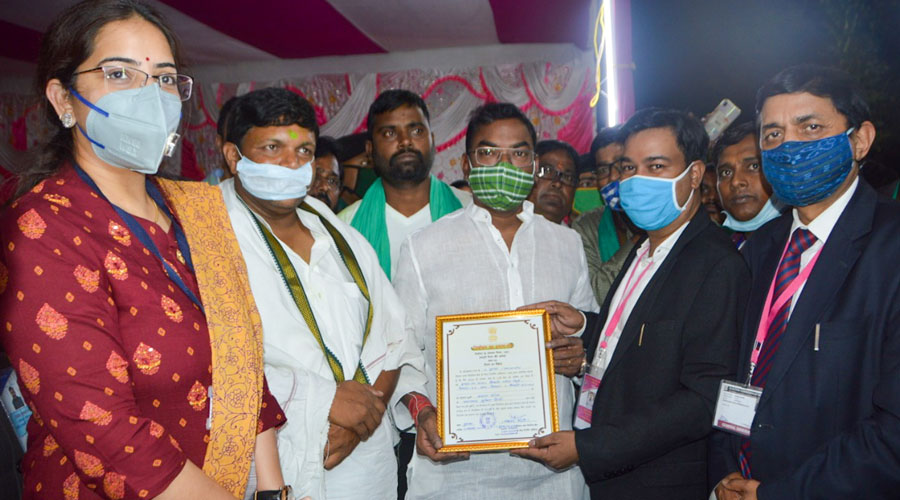 JMM candidate Basant Soren with his election certificate after he was announced the winner in the Dumka byelections.
Picture by Manob Chowdhary

Soon after the verdict, Hemant tweeted: “I thank people of Dumka and Bermo for reposing faith in the government and to strengthen it further by making our candidates win. I congratulate both the young winners on the historic occasion and bow before the voters for having faith in your government.”

Both Louise and Batul had contested from the same seats in the 2019 Assembly election but lost. While the BJP banked on old war horses once again, both the JMM and Congress stuck to family ties by fielding Basant and Jaimangal, who is the son of former Bermo MLA Rajendra Prasad Singh whose death in May necessitated the bypolls. 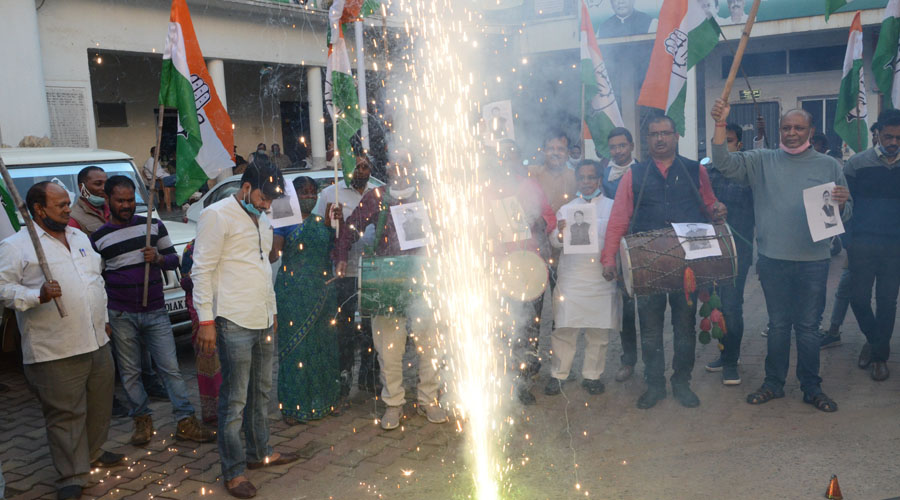 Congress workers burst crackers at the party office in Ranchi on Tuesday.
Picture by Manob Chowdhary

In Dumka, the seat fell vacant after Hemant vacated it to retain Barhait after the formation of his government.

State Congress president Rameshwar Oraon said the bypoll outcomes were in total sync with expectations right from Day One of the campaign. “The entire credit goes to the government’s good work with a pro-people attitude, workers of the ruling alliance and the voters at large. In 2019, people gave us full mandate for five years. However, bypolls had to be held in these two seats. People have voted us back in these two seats which show we are on the right track,” he noted.

In Ranchi, Congress workers hit the streets, bursting crackers and playing drums to celebrate the victory hours before the state government announced a ban on fireworks during Diwali because of the Covid-19 pandemic. 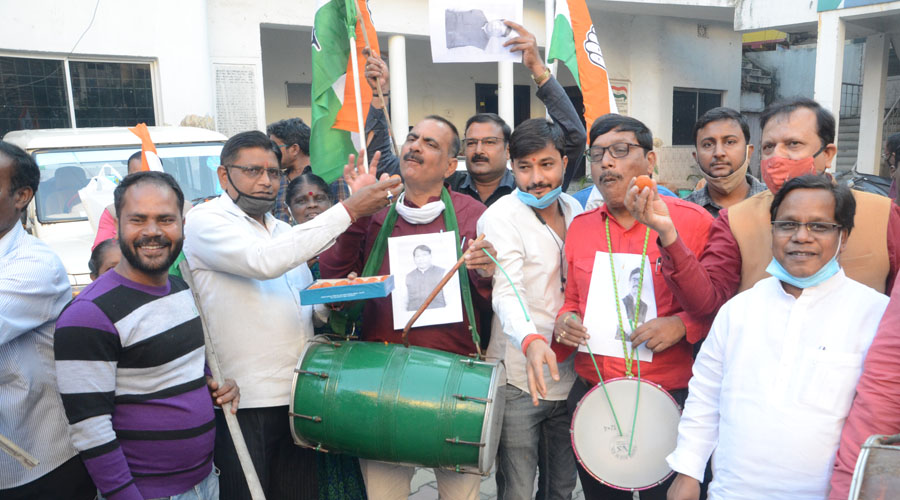 Congress workers celebrate after the victory of their candidate in Bermo at the party office in Ranchi on Tuesday.
Picture by Manob Chowdhary

The byelections, the first since the formation of the coalition government and the outbreak of Covid-19, were crucial for the incumbent regime to consolidate its strength in the Assembly in the wake of BJP's alleged threats of “toppling the government”.

For the BJP, the bypolls were an occasion to try and make inroads into tribal pockets of the state after it lost miserably in the last elections despite being in power for a full five years, a first since the formation of Jharkhand in 2000.

State BJP president Deepak Prakash issued a statement late in the evening to claim that compared to the last elections, the party had done better, which indicated that voters were ready for a change. "We accept the verdict, but compared to the 2019 Assembly polls, our margin of defeat had come down drastically, especially in Dumka, while votes polled had gone up."