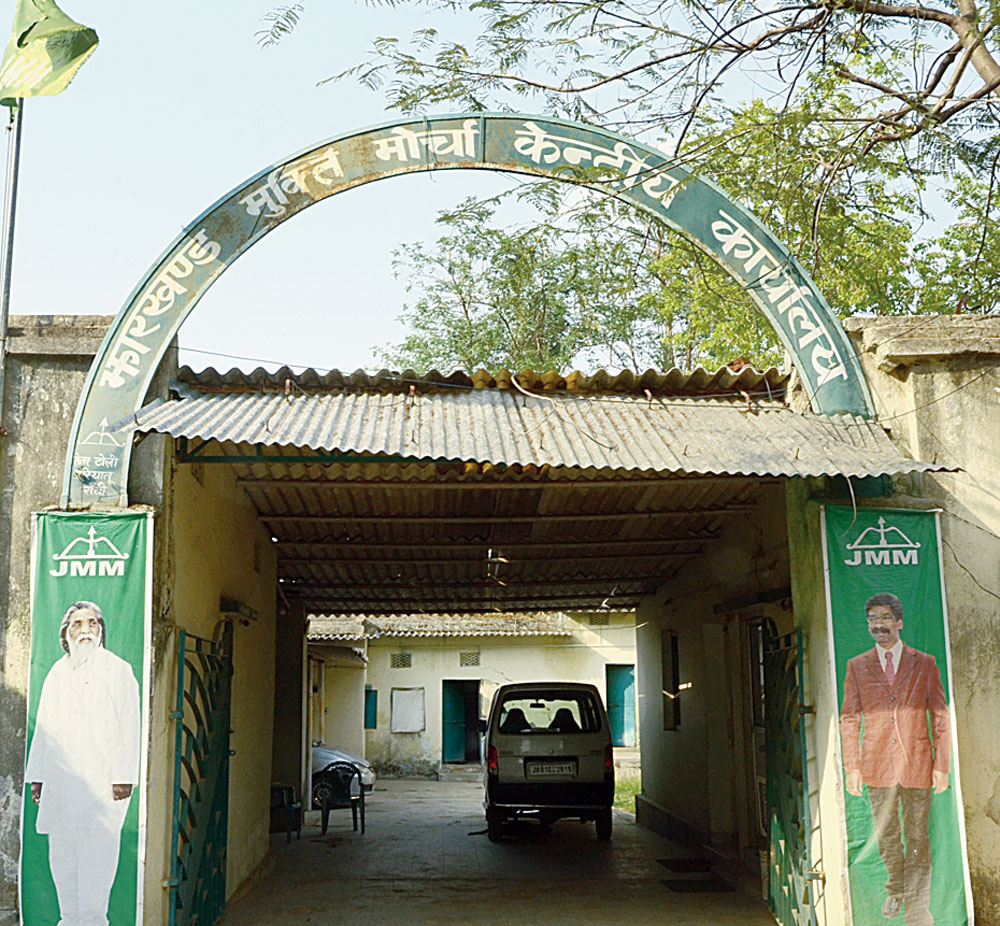 In the poll season, social media has turned into a virtual battleground for political parties and JMM seems to be enjoying an edge.

As political heavyweights were busy turning up the poll heat at rallies, JMM silently pulled off a coup last month by holding a live Twitter chaupal through which party executive president Hemant Soren outwitted the national parties in the digital domain.

“We do not have deep pockets like the national parties, but our IT cell members more than make up for it with dedication and conviction for the cause of the state and the tribals. They work for long hours on their laptops and smartphones, searching for issues to highlight the anti-people stand of the BJP government, especially towards tribals, and then pass it on through the social media. So far, we have been successful,” JMM general secretary and party spokesperson Supriyo Bhattacharya said.

The JMM leader admitted that their IT cell had played a major role in connecting the party with the people during Hemant’s Sangarsh Yatra in the run-up to the polls.

In digital India, political parties are relying heavily on tech savvy campaigners to propagate their ideologies through the social media.

Almost all the major political parties have constituted IT cells at the state, district and block levels.

“We have a group of ideological warriors at every level of the party rank and file. They are monitored from the unit at state party headquarters in Harmu. A member of the IT cell needs good command over languages, primarily Hindi and English, should have the ability to pick up issues after gleaning through newspapers and good typing skills both with regard to smartphones and desktops,” BJP state general secretary Deepak Prakash said.

The senior BJP leader said the content was usually finalised by the senior leadership at the Centre and state levels and then given to the IT cell members to propagate it among the masses.

“The content is finalised by the party headquarters either at the central or state levels and it is then passed on to masses through our IT cell members at state, district and block levels through Twitter, Facebook and WhatsApp,” Prakash added.

Congress, heading the mahagathbandhan or Opposition Grand Alliance in the state, also has a team of IT cells at different levels that are active 24/7.

“We have asked the IT cell members to remain alert 24/7 so that they are quick to spot any goof-ups by the ruling BJP party leaders or MP aspirants and inform us. Most of the IT cell members are young people who are well versed in social media and know how to use digital and traditional media to garner latest news. However, before propagating any content, we ensure that it is scrutinised by senior leaders,” Congress state spokesperson Kishore Sahdeo said.

A senior Congress leader, on the condition of anonymity, said a section of reporters were also being used in the IT cells to pass on video clips or information about topical issues from various parts of the state to wrong-foot the ruling government.

“We have some friends from media who pass on information on projects that have failed to take off besides hot-button issues that had been ignored by the ruling government. We pass on these information through the social media to connect with the people,” the Congress leader said.