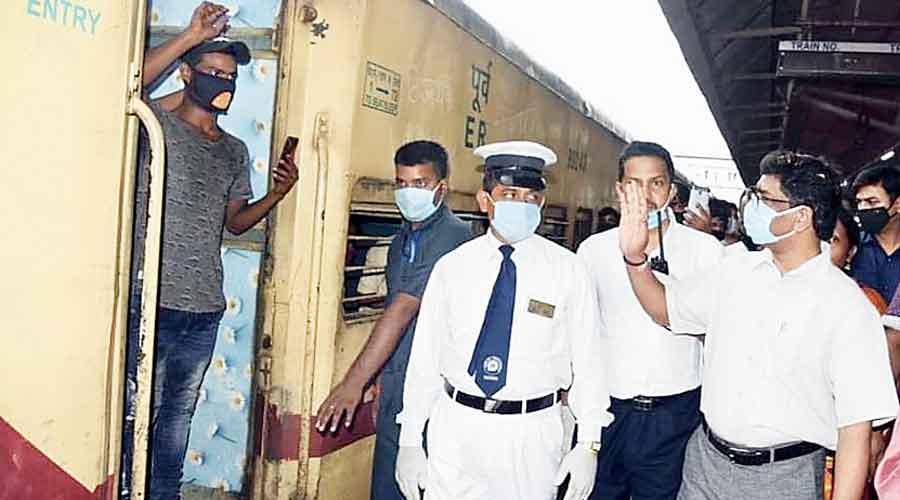 The Jharkhand government has questioned Border Roads Organisation (BRO) on the welfare of the state's migrant workers engaged in its projects and accused the central agency of failing to comply with mutually agreed terms for employing labour from the state.

The state labour, employment, training & skill development department secretray, Pravin Kumar Toppo, sent a strongly-worded letter to BRO director Lt Gen Rajeev Chaudhary on Friday seeking details of the current workforce hired from Jharkhand. It has asked BRO for the total number of migrant workers it has engaged so far, the condition under which they were working, details of those who had died between March, 2020 and June 30, 2021 amid the Covid-19 pandemic and the nature of compensation paid to them.

Chief minister Hemant Soren’s office released the contents of the letter on Saturday and expressed its concern over the role of middlemen in engaging workers and inadequate pay given by BRO.

“In regard to the yearly induction of casual paid labourers (CLPs) from Jharkhand by BRO, the state government has been informed about thousands of migrant workers working as CLPs since March 2021. We have received multiple reports, including from media, about the precarious living and working conditions faced by our workers during the second wave of Covid-19, including the deaths of 11 CLPs during an avalanche in Uttrakhand in April. This comes as a surprise to us considering the mutually agreed upon terms of engagement of CLPs between both the parties last year,” Toppo said in his letter.

As per the terms of reference signed by BRO and the Jharkhand government on June 13, 2020 for the engagement of paid labourers from 2021-22 onwards, it was agreed that BRO would apply for registration as an "establishment" in accordance with existing rules of the state government. It was also decided that an MoU would be signed between both the parties following the approval of the defence ministry (BRO is under the defence ministery) for inter-state migration of workmen.

BRO had also agreed to comply with all the provisions of Jharkhand's Inter-State Migrant Workmen Act-1979 for inducting 11,815 workers as CLP through the mutually agreed framework.

“However, it is surprising that migrant workers from Dumka are being taken for BRO projects through mates (middlemen), which is in violation of the mutually agreed terms, and without the knowledge of the state government,” noted Toppo.

“By when does BRO intend to apply as an 'Employing Establishment' under Inter State Migrant Workmen Act 1979/Occupational Safety Health and Working Conditions Code-2020 with the state government for yearly induction of migrant workers? When does BRO intend to share a draft of the MoU for discussion with the state government and sign? How many migrant workers have died since March last year working on projects, and what the compensation paid? What are the current number of workers engaged in BRO projects, their status and entitlements provided?,” Toppo has asked in his letter.

The labour secretray concluded his letter by reiterating the state government's commitment to upholding the rights and dignity of workers who toil hard to serve the country by  working in remote border areas.