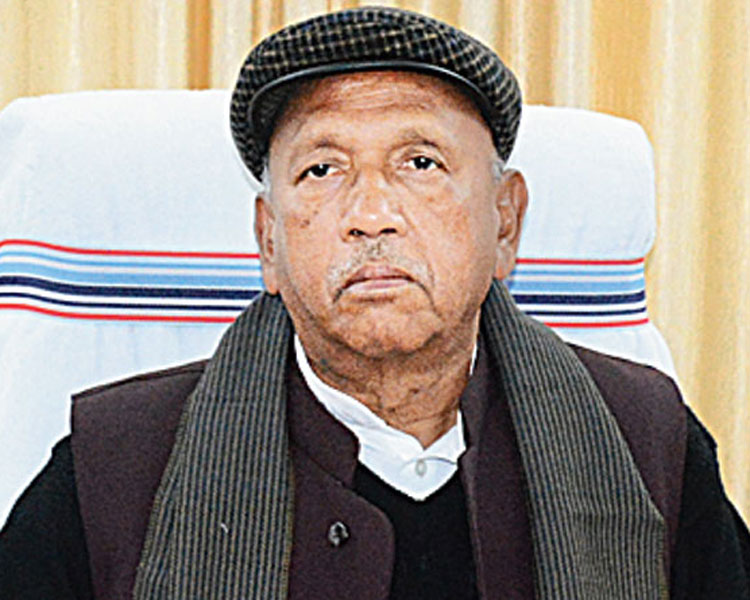 Come March, ration cards in Jharkhand will be renewed annually, instead of once in a lifetime, through e-KYC for extra transparency.

State food and civil supplies minister Saryu Roy, speaking to reporters at Circuit House here on Wednesday, said the know your customer process would be phase-wise.

“It will be similar to KYC verification done by banks. Beneficiaries will have to go to PDS dealers once a year for recording biometric details for renewal. This will stem irregularities and lead to deletion of names of beneficiaries who are either dead or have migrated to other states,” he said. e-KYC facilitates completion of the know your customer process online, eliminating the need to fill up forms and submit documents physically. The main objective of e-KYC is to register the customer with least amount of paper work and in the shortest possible time.

Roy, who had a meeting with Union food and public distribution minister Ram Vilas Paswan in December last year, said he had requested the latter to direct Food Corporation of India (FCI) to make sealed food grain packets of 5kg, 10kg and 30kg at its godowns.

“This will minimise complaints of siphoning off of food grains by PDS dealers,” he said, adding that Paswan had promised to broach the matter with FCI.

On a December 29 news report that seven PDS dealers had been arrested for allegedly procuring SIM cards based on Aadhaar details of unsuspecting villagers to siphon off food grains, the minister claimed only four were actually licensed dealers.

“Besides, it was a case of cyber fraud and not a PDS scam. Our department, along with NIC (National Informatics Centre), is examining the records of 194 PDS dealers in East Singhbhum. As many as 111 have supplied details of grain distribution and mobile numbers of beneficiaries. The department will check if the beneficiaries are bona fide,” Roy said.

The minister, who is an MLA from Jamshedpur West constituency, added that similar exercises were being done throughout the state to curb corruption.