Jharkhand to give hygiene lessons to street food vendors 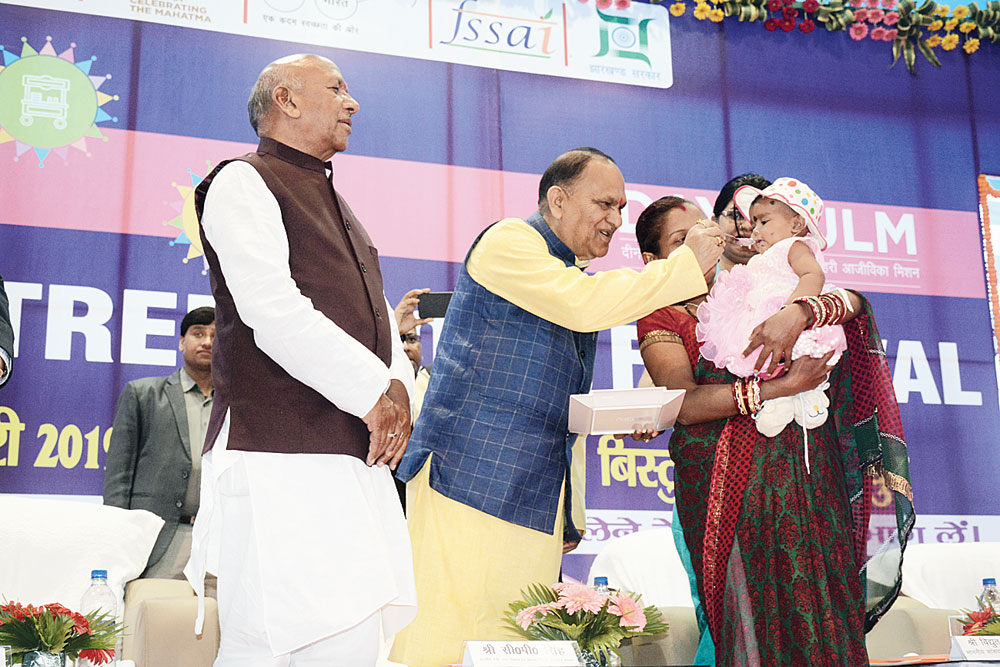 The urban development department will launch a special drive to train street food vendors in all 44 urban local bodies (ULBs) across the state to ensure offerings in their menu are safer and hygienic.

“Although street food is irresistible, hygiene has always been an issue. The urban development department will soon launch a drive to train food vendors on the importance of maintaining hygiene,” urban development minister C.P. Singh said after inaugurating a three-day street food festival at Gopal Maidan in Bistupur here on Monday.

“Vendors will be trained in Ranchi, Deoghar, Dhanbad, Jamshedpur and in various urban local bodies,” Singh said. The minister added that the government was also planning to register all street vendors.

“We have begun providing identity cards to street vendors. Around 16,000 cards have already been issued. We also plan to accommodate vendors in malls and market complexes in all urban local bodies to ease traffic snarls. The move will provide vendors, always pulled up for encroaching on to roads and pavements, a decent space to eke out a living,” the minister said, adding that the idea was to regularise vendors.

Director municipal administration Ashish Singhmar said a directive had already been issued to all 44 urban local bodies to train vendors on food hygiene.

“Training has already started in Ranchi, Jamshedpur, Deogarh and Dhanbad where street food festivals are being held. In urban local bodies, the training will be provided with the help of the district health department,” Singhmar added.