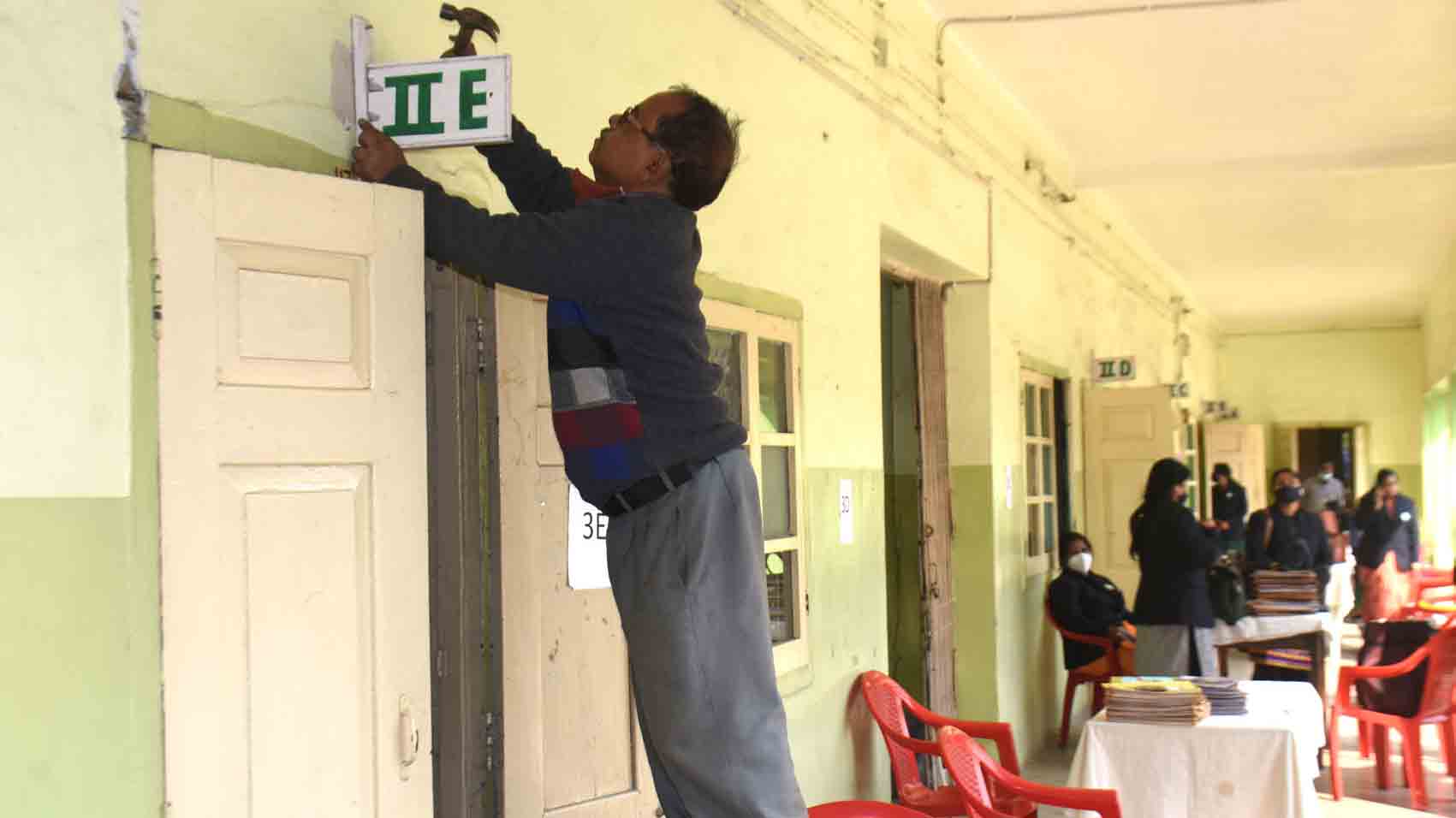 Dhanbad: Coal town schools have started preparations for reopening in view of state government guidelines with regard to relaunching of schools.

While the majority of the schools are likely to open from next week, some will open from Thursday for which all necessary preparation like sanitization of the entire campus with focus on sanitizations of classroom, common room, libraries etc have been completed.

Talking to The Telegraph Online today, KC Srivastava,  Zonal Director of Dhanbad Zone of DAV Group of Schools said, “ We have already issued circulars to all the 15 schools falling under the Dhanbad Zone jurisdiction to reopen from Monday. “In between we will utilise the time of five days to carry out necessary preparations like proper sanitisation of the entire campus including the classrooms,” said Srivastava adding they would be issuing notices to students to strictly follow all the SOPs issued by the government.

He however welcomed the state government decision to reopen schools, “The students of the junior classes were facing great difficulty in their studies due to lack of offline classes." Sarita Sinha, Principal of Delhi Public School, on other hand said, “We have completed all preparations and will reopen the classes from Standard I to XII from tomorrow in full strength.”

Notably, as per the latest relaxation provided by the state government, opening of schools from Standard I to XII besides colleges have been allowed in 17 districts, including in Dhanbad while in seven like Ranchi, East Singhbhum, Chatra, Deoghar, Saraikela, Simdega and Bokaro have been allowed for Standard IX and onwards.

Jamshedpur: A 40-year-old man was arrested by Railway Protection Force (RPF), Tatanagar on Wednesday for buying stolen copper cables and keeping them in his scrap-depote in Burmamines thana area of the city. The copper cables in question weighing 12 kg which the RPF officials seized from the scrap-depote had been stolen from the AC coaches of some stationary trains at the Tatanagar railway washing line a month ago. Reveals about the breakthrough, inspector, RPF, Tatanagar, Sanjay Kumar Tiwari said the arrested person, Manoj Jaiswal had bought the stolen copper cables from a gang of thieves which is yet to be detected.

"A month ago, a case regarding theft of copper cables used in air-conditioners in trains had been lodged with the RPF post, Tatanagar. Ever since the case was registered, we were searching for a clue to the criminals involved in the act. Fortunately, we got a tip off about stolen copper today and we succeeded to recover it from a scrap-depote located near Star Talkies in Burmamines, " said Tiwari while talking to The Telegraph Online.

The RPF inspector said the scrap-depote owner, Manoj Jaiswal, who was arrested and forwarded to judicial custody this afternoon has divulged some clues about the criminals involved in the theft. He pointed out the railway police is now trying to detect the cable thieves. Tiwari pointed out the scrap-depote owner had bought the consignment of the stolen copper cables from the thieves at Rs 15,000. The official on condition of anonymity said that though it was the duty of the RPF to protect the railway properties, the thieves had outsmarted the RPF by stealing copper cables from the stationary trains.