Jharkhand reports 127 fresh Covid cases, no casualties in a day

Nine out of the 24 districts Covid free 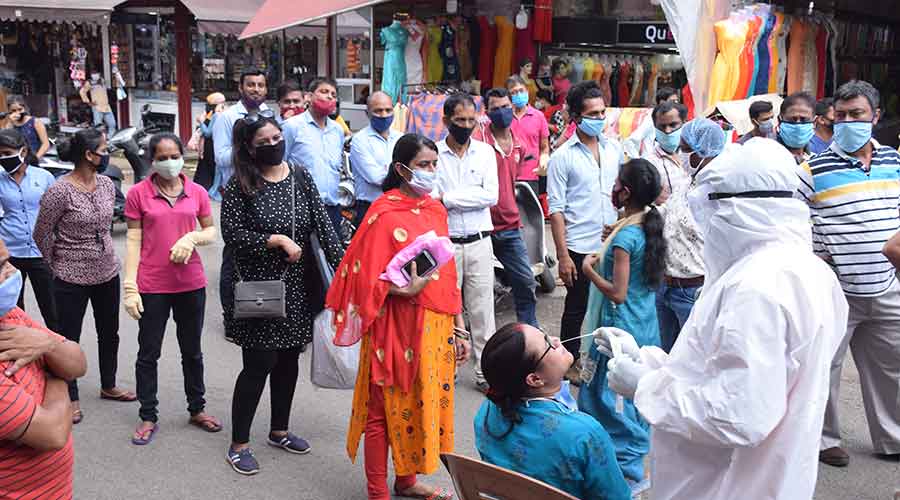 At least nine of 24 districts in Jharkhand did not report even a single case of Covid-19 infection on Tuesday, while at least 10 districts reported less than five fresh cases in 24 hours, figures compiled by the health department highlighted.

Ranchi, East Singhbhum and Dhanbad reported 52, 18 and 23 cases respectively, jointly accounting for more than 73 per cent of the 127 fresh Covid-19 cases that surfaced in Jharkhand on the day, a bulletin released by the National Health Mission (NHM) revealed.

Jharkhand did not report any Covid casualties on Tuesday, the NHM stated in its bulletin. So far, the virus has claimed 1048 lives in Jharkhand. At least 355 victims were from East Singhbhum and 223 from Ranchi.