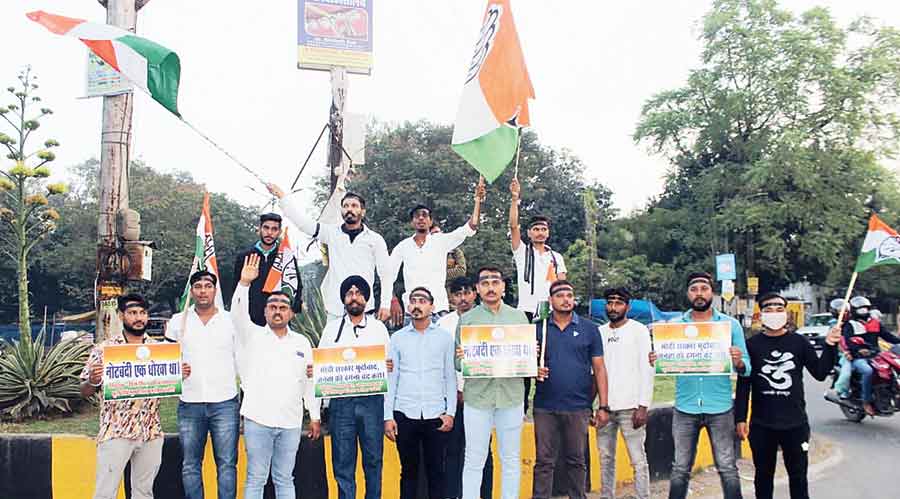 Jharkhand’s  East Singhbhum district Congress leaders stage a dharna at the Old Court roundabout in Sakchi in Jamshedpur on Monday to mark the five years of demonetisation. The demonetisation of high-denomination currency notes on November 8, 2016, created a nightmare for citizens that lasted several months.

Long queues formed outside the banks and ATMs to swap denotified currency notes for new ones so that life could continue. This situation persisted even beyond December 30, 2016, the last day for depositing old notes.

Financial Accountability Network India (FAN-India) had called a pan-India protest and dharna to mark the five years of demonetisation between November 8 and 12. 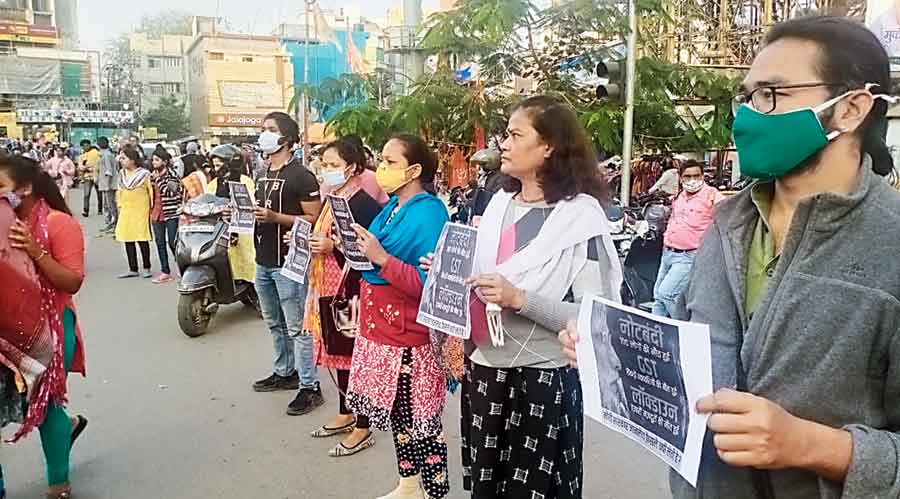 Rights activists and members of civil society organisations stage a protest at the Albert Ekka roundabout in Ranchi on Monday. The protest saw over 50 activists holding placards holding the Central government responsible for the deaths of masses and traders due to the impact of demonetisation and also the death of migrant labourers due to the ill-planned announcement of lockdown in 2020.