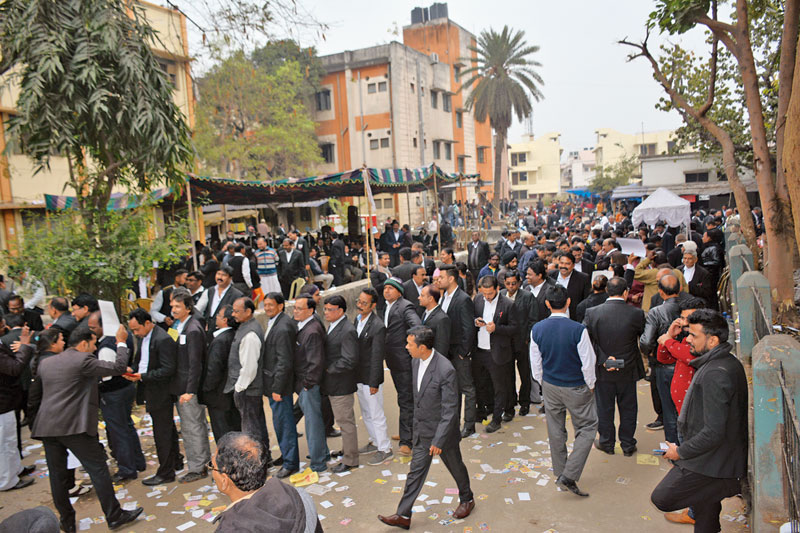 Advocates stand in queue during the polling of the new executive body of Jamshedpur Bar Association at Humepipe on Friday.
Picture by Bhola Prasad
The Telegraph   |   Ranchi   |   Published 07.02.20, 07:44 PM

A division bench of Chief Justice Ravi Ranjan and Justice S.N. Prasad was hearing a public interest litigation filed by Jamshedpur advocate Rakesh Jaiswal, who informed the court about misappropriation of funds meant to be used for the welfare of the lawyers.

While hearing the matter earlier, the high court had sought for an audit report which was presented before the bench in sealed cover.

The bench after going through the report observed that there were blatant violations of financial rules to seek personal benefits.

The bench while addressing the counsel of the State Bar Council said some action ought to be taken against those who were in charge of the affairs of the Jamshedpur District Bar Association.

Quoting from an independent audit report conducted by a private firm, the bench observed that cash transactions have been done without norms.

Contractors had been paid in cash for amounts more than Rs 50,000, and equipment had been purchased without obtaining quotations, the court said.