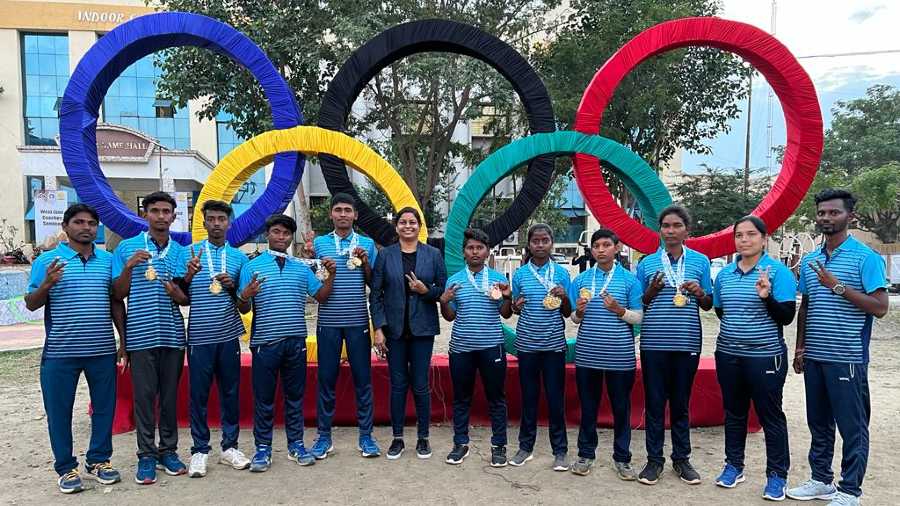 Jharkhand emerged as the overall champion (in Indian round) at the 38th NTPC  Sub-junior National Archery Championship, which concluded in Amravati (Maharashtra) on Tuesday.

In all, the state bagged 7 medals -- 4 gold, 2 silver and one bronze -- in the Indian round (shooting with traditional bows and arrows) during the national event.

Dronacharya awardee and secretary of Jharkhand Archery Association (JAA), who accompanied the Jharkhand outfit as a coach, complimented the young archers for their splendid performance. "Our archers shot the arrows with concentration and that proved to be beneficial for the national championship," she said.

JAA vice-president Sumanta Mohanty also praised the archers for the show in the nationals. "The performance shows that our archers are hard working and well-trained under experienced coaches," Seraikela-based Mohanty, also joint secretary of Archery Association of India, said.

The state archery association has a good training set up in both urban and rural pockets. Experienced coaches guide the archers on various aspects of shooting, including posture.

Football and Volleyball league for women