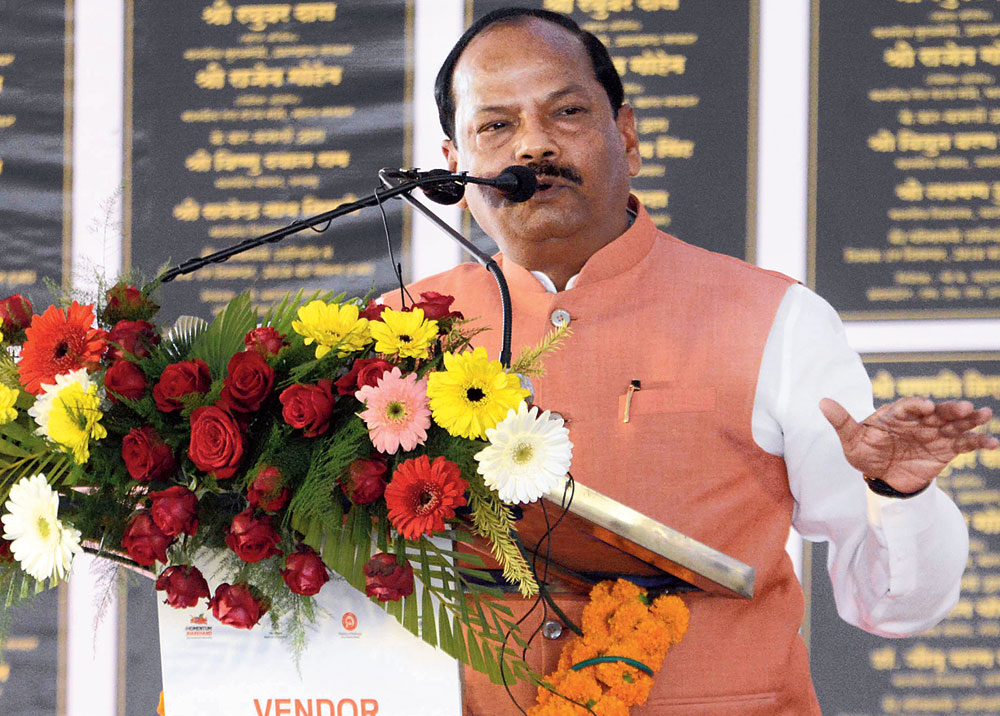 The groundbreaking ceremony of the one MTPA greenfield steel plant of Vedanta Group, worth Rs 2,200 crore, will take place at Manoharpur block in West Singhbhum in January while a new industrial area will sprawl over 200 acres at Manoharpur and Chaibasa.

Chief minister Raghubar Das made these much-awaited announcements while addressing the inaugural function of a two-day vendor development programme for defence and railway sectors on the premises of Adityapur Auto Cluster, around 5km from here, on Wednesday.

The event, organised by the state government in association with Adityapur Small Industries Association (ASIA) and supported by the Union railway and defence ministries, is aimed at boosting the Make in India initiative of Prime Minister Narendra Modi and developing potential MSMEs of Adityapur, the state’s largest industry hub, into vendors for rail and defence companies.

In his brief speech at the function, which began an hour late, Das said his government wanted to develop the capacity of MSMEs. “Hence, we have ensured bank loans to the tune of Rs 136 crore for 1,114 MSMEs functioning under Adityapur Industrial Area Development Authority (Aiada) in the last two months,” he said, urging rail and defence majors to explore investment opportunities in Adityapur.

The chief minister also called on the railway ministry to set up an office of Research Designs and Standards Organisation (RDSO) in the Adityapur industrial area. In the same vein, he urged the ministry to establish a wagon factory either in Palamau or Santhal Pargana region.

The guest of honour, Union minister of state for railways Rajen Gohain, said the business ambience in Jharkhand was overwhelming.

Gohain spoke on the Make in India initiatives and how the micro and small enterprises cluster development programme was helping in quality upgrade and productivity.

“We provide strategic protection to the country. Therefore, we rely on high-tech equipment developed in-house. More than 1,000 MSMEs are currently partnering with us, apart from 40 PSUs in defence sector. The local industries here can also be developed as vendors if they have proper R&D set-up,” he said.

The function saw online groundbreaking ceremony of 90 industrial projects worth around Rs 1,200 crore, MoU of which were signed during Momentum Jharkhand in February 2017. The new industrial projects will provide direct employment to around 10,000 people and generate another 20,000 indirect jobs.

The two-day event will see various technical sessions and interaction of railway and defence sector companies with prospective local entrepreneurs. An exhibition with over 100 stalls is open at the venue.

The meet coincides with Tata Motors shutting down operations as a part of block closure for four days, beginning Wednesday. During the block closure, there will be no production of heavy commercial vehicles.

The fall in demand for heavy vehicles is said to be the reason behind the forced shutdown. However, the company maintains that the block closure is for maintenance work .

Adityapur, a hub of ancillary units of Tata Motors, has over 600 MSMEs manufacturing and supplying auto components directly or indirectly to the automobile major.