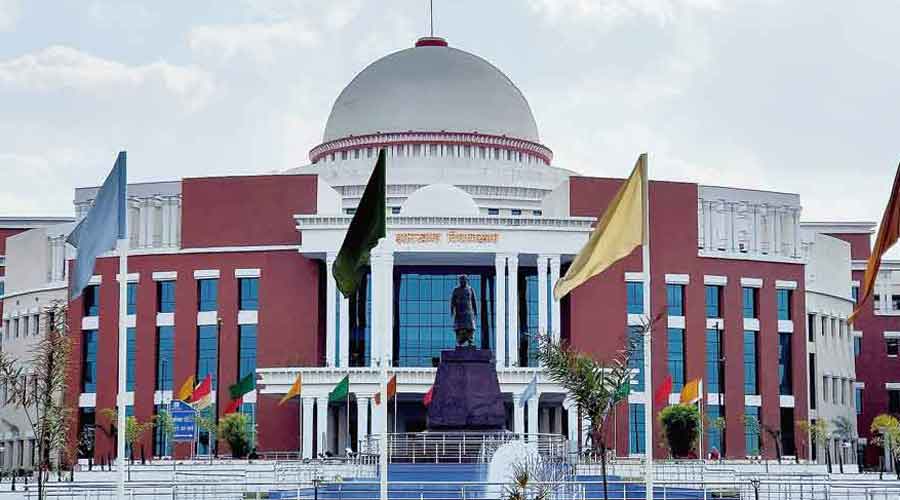 Three bills were passed by voice vote on the fifth day of the monsoon session of the Jharkhand Assembly as continuous ruckus by the Opposition BJP made the Speaker adjourn the session sine die on Thursday, a day before the scheduled end of the session.

On Wednesday, four bills including two pertaining to education were passed by voice vote even as the entire Opposition staged a walkout. In total, seven bills were passed in the session.

Minister in charge of higher and technical education, Mithilesh Thakur, introduced the Kaushal Vidya Entrepreneurship: Digital and Skill University Bill 2022 which was passed by voice vote despite demands by CPM MLA Vinod Kumar Singh and Ajsu lawmaker Lambodar Mahato for sending the bill to a select committee for scrutiny.

Thakur also introduced the Azim Premji University Bill 2022 in the Assembly which too was passed by voice vote despite demands by Singh, Mahato and BJP MLA Ramchandra Chandravanshi to send the bill to the select committee.

“The enrolment ratio in Jharkhand is 20.9 while the national average is 28.8. The government is trying to bring up the enrolment ratio through the new university. Azim Premji Foundation is working in the field of education in many places including Bangalore and Bhopal. Chief minister Hemant Soren himself has spoken to the senior officials of Azim Premji Foundation,” reasoned Thakur.

Later in the evening, the Jharkhand Excise (Amendment) Bill 2022 was also passed through a voice vote after being introduced by Alamgir Alam, minister in charge of the excise and prohibition department.

“This bill has been brought to save the innocent poor people associated with the liquor business. With the amendment of this bill, the illegal manufacturing of liquor in the state will also be curbed to a great extent. A compensation of Rs 5-10 lakh would be paid to those who died after drinking adulterated liquor,” said Alam.

Meanwhile, as the BJP lawmakers continued to create pandemonium over demanding a CBI inquiry into the death of a woman police officer in Ranchi allegedly by cattle smugglers, who have been arrested, and declaration of the state as drought-hit, the speaker decided to adjourn the house sine-die around 3.30pm.

A visibly annoyed Speaker Mahato said: “This decision has been taken to preserve the dignity of the Assembly.”

The bill was passed by voice vote on Wednesday despite a call by Ajsu’s Lambodar Mahato to send the bill for scrutiny by a select committee.

Thakur also introduced the Jharkhand State University (Amendment) Bill 2022 which too was passed by voice vote despite objection raised by CPM MLA Vinod Singh that before being passed it should be studied by a select committee, so that the universities of the state can improve their quality.

Later on Wednesday, finance minister Rameshwar Oraon presented Jharkhand Goods and Services Tax Amendment Bill 2022 and was approved by the House. Oraon also introduced the resolution of arrears of Jharkhand Taxation Acts Bill 2022 which too was passed by a voice vote.