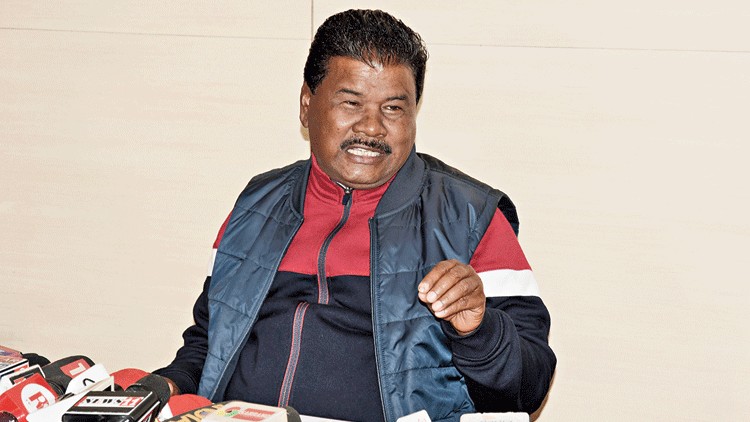 Bandhu Tirkey, a tribal lawmaker of the ruling JMM-Congress-RJD alliance has spoken out against the government’s move to introduce a “Sarna/Adivasi” code, as opposed to only a “Sarna” code, in the special Assembly session on November 11, stating that any such move would end up being rejected by the Centre because of technical complications.

Tirkey, a Congress party MLA, also hinted on Saturday that he would oppose any move to introduce the word “adivasi” in the demand for a separate Sarna code.

“The draft resolution circulated by the state government two days back mentions Sarna/Advisai code, which is to be vetted by the state Assembly for recommending to the Union government to demand its inclusion in 2021 census. However, I am opposed to the inclusion of the term, adivasi. Adivasi concerns caste while Sarna is about religious affinity. Tribals across the country for decades have been fighting for religious identity in the form of a separate code in the census. By including adivasi, it is likely that the Centre will reject it citing technicalities,” he told the media on Saturday.

Tribals have demanded for a separate “Sarna” code for decades in the census column, which according to them will give them a distinctive identity. Without a separate column for tribals in the census, they classified either as Hindus, Muslim or Christians, till date.

Concerned about the rising protests by tribals in the recent weeks, chief minister Hemant Soren has now convened a special assembly session to pass a resolution in favour of “Sarna” code. Earlier this week, state parliamentary affairs minister Alamgir Alam had sent a proposal for the special session for Governor Droupadi Murmu’s nod. Post her consent, assembly secretariat has begun working to convene the special session.

However, a large section of different tribal bodies off late have also started demanding for an Adivasi code. Claiming that all tribals can’t be forced to accept their identities as nature worshippers, they have announced to launch a protest. This in turn has forced the state government to take a middle path by naming the draft as Sarna/Adivasi code.

Tirkey, has made it clear that he will not support any such move in the special assembly session. “I am making my stand clear on the draft. I am in favour of Sarna code and not Sarna/Adivasi code. I urge the government to rectify the draft copy,” he stated.