Examinations delayed by over a year, pupils to stage protest in Dhanbad next week 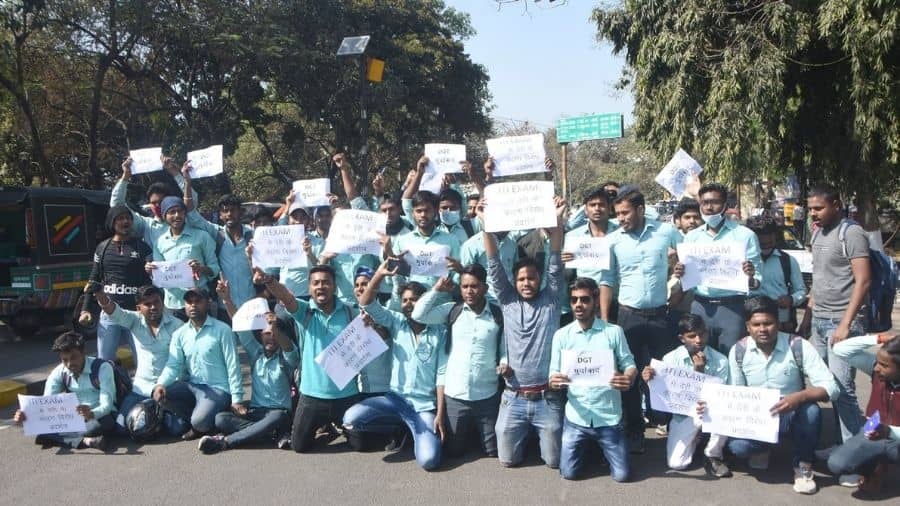 More than one lakh students of Jharkhand pursuing ITI courses in different trades are facing uncertainty over career due to delay in the final examination of their course and publication of results.

The aggrieved students of 2018-20 batch who earlier took out a protest march in Dhanbad and staged a demonstration at Randhir Verma Chowk near the district headquarters on  February 8 this year have now decided to carry out a fresh agitation from July 15 demanding early examination and publication of results.

Talking to The Telegraph Online on Saturday, Saurabh Sao (24) a  student of privately run KK ITI Dhanbad said,  "Our session is delayed by more than a year as ideally the final results of our batch should have been published in July 2020 but instead our final examination is yet to be completed."

"To apply for recruitment exams, the upper age limit is 24 and due to the delay in examination and publication of results, many students including me will be deprived of that opportunity," said Sao. He added that after their  protest in February, examinations of two papers were held but the entire examination could not be completed in wake of aggravating of Covid situation again.

"The ITI exams of students of our batch in other states, including in neighbouring Bengal, were held amidst strict adherence to Covid protocols despite a similar situation there," said Sao. Majority of the students pursuing ITI are from humble family backgrounds and thus the hope of family as a prospective main source of earner for the family rests on them, he further said.

Goutam Koiri (23), another student of KK ITI Dhanbad, said, "My father is a small farmer who has somehow managed to fund my education curtailing other expenses but the delay in examinations and publication of results seems to spoil our career as we will be not able to appear for many recruitment exams,"