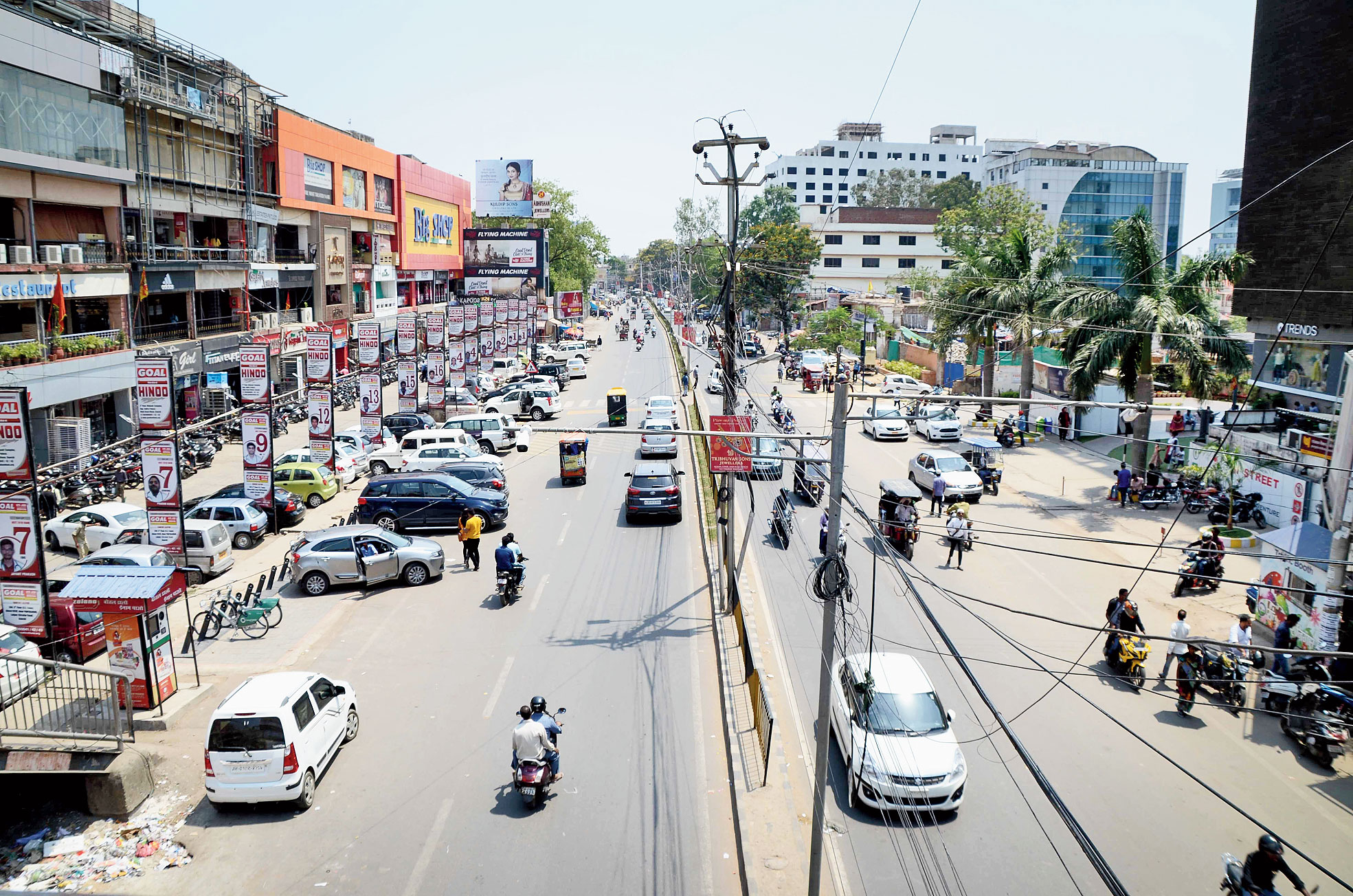 The day of the election result became an undeclared holiday for residents of the capital, coal town and steel city who put off all official engagements and remained glued to the TV and mobile phones.

Interactions with some of the residents of Ranchi between noon and 2pm suggested that they spent the day analysing the performance of the political parties with family and friends.

There was limited traffic on the forever busy Main Road. Drivers negotiated the stretch between Albert Ekka Chowk and Sujata Chowk smoothly.

“Everything is fine here. There are very few people on the roads. Therefore, we don’t have much to do,” a police constable near Equra Masjid Chowk said.

Civil contractor Arun Mishra, who has two construction projects underway, said the labourers didn’t turn up at the sites.

“They asked me to grant them a leave as they wanted to watch the poll result. I also decided to stay back at home and watch TV,” Mishra, a resident of Kanke Road, said.

Gautam Tandasi, a civil engineer associated with a road construction company, said he and his Ahmedabad-based colleague Vishwas Kelkar watched the election result on their mobile phone, at office in Ashok Nagar.

Santosh Kumar, who runs a betel shop at Argora Chowk, had one eye on his mobile phone as he served the customers.

“There were very few customers. Those who came, were busy discussing the election result and its impact,” Kumar said.

He said no trucks were booked on Thursday. “Business can be discussed any day. Today, is the time to discuss the result,” he added.

In Dhanbad, very few vehicles were spotted in places like Bank More, which are usually marked by perennial traffic congestion.

Sanjay Kumar, a cyber cafe operator at Binod Market, said, “Instead of over 80 customers that we get daily, only 20 visited at the café today (Thursday).”

Ashok Chaurasia, a garment shop owner in Hirapur, said business took a hit with only 13 customers turning up at his shop against around 50 daily.

“My entire family favoured a stable government at the Centre and all of us are quite happy at the result,” Gopal Singh, a resident of Chiragora, said In Jamshedpur, the parking slots in markets looked deserted.

Footfall at the malls and other business establishments were negligible.

“Business was affected. On a normal day, we sell about 50 products by noon. Today (Thursday), only 12 products were sold,” proprietor Ravi Singh said.

A sizeable section of the residents watched the trend inside the AC hall of Gujarati Sanatan Samaj along Kharkai Link Road in Bistupur.

“I have been here since the trends started coming in,” said Vikash Soni, an employee of an industrial unit in Adityapur who took a leave to watch the results.

It was all dhol and nagaras outside the Jamshedpur Co-operative College where counting was underway.

However, the mood turned sombre after 10am as BJP’s Bidyut Baran Mahto started edging out his rival.

Members from the BJP’s women wing danced and smeared gulal on each other. The roar after each round of results was signal enough that the BJP was set to paint the town saffron by the evening.