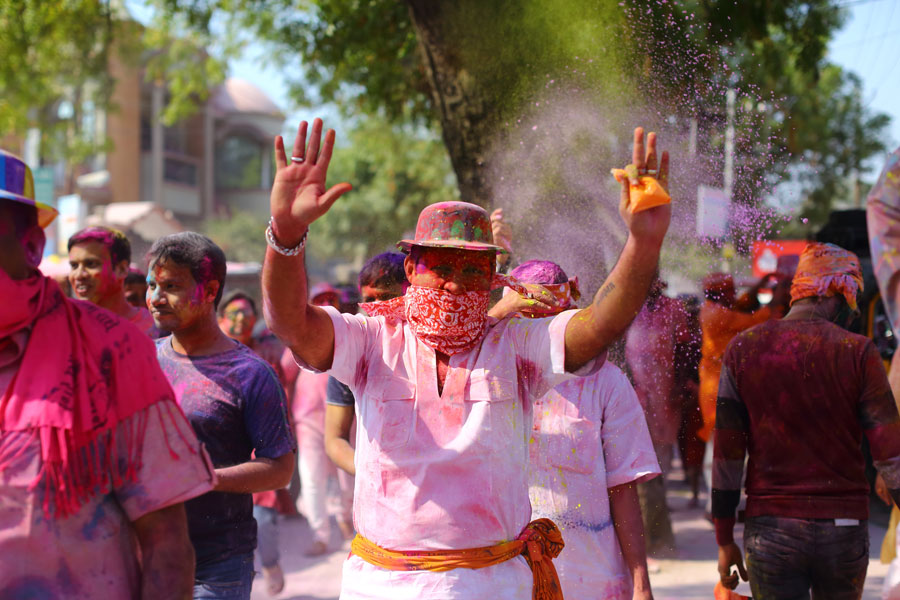 More than a dozen cops will monitor CCTV cameras installed at 150 locations across the city from the control room
Representational image from Shutterstock
Vijay Deo Jha   |   Ranchi   |   Published 09.03.20, 06:30 PM

Over 3,000 cops will be deployed across the city to take quick action against troublemakers on Holi on Tuesday with Ranchi senior superintendent of police (SSP) Anish Gupta laying special emphasis on penalising drunk drivers.

Notices were issued to around 100 suspected problem-makers under Section 107 of the CrPc and they were asked to give an undertaking to the police station concerned that they would not create any trouble.

“The entire city has been divided into four zones and around 150 magistrates will be deployed in sensitive localities. Over 3,000 cops will be on duty and there will be regular patrolling across the city. Officers in-charge of police stations besides the deputy superintendents of police would also remain on duty. Drunk and rash driving will not be allowed. We will keep tabs on eve-teasers, molesters and chain-snatchers,” SSP Gupta said.

Gupta said additional forces would be deployed near girls’ hostels and intensive patrolling would be done near religious places.

To avoid hooch tragedy, district police have been conducting raids to detect and stop the sale of spurious liquor.

“Kanke, Gonda and Namkum police stations have been given special instructions to rein in liquor mafias. Maintaining law and order and communal harmony will be the top priority. All police stations have been given quick response teams to act on any information. The centralised control room will remain functional round the clock,” a senior Ranchi cop said.

More than a dozen cops will monitor CCTV cameras installed at 150 locations across the city from the control room.

The district administration has put Sadar hospital, RIMS and other health centres on alert.

Ranchi Municipal Corporation has issued an advisory asking people to perform Holika Dahan on roadsides to prevent any damage to the roads.