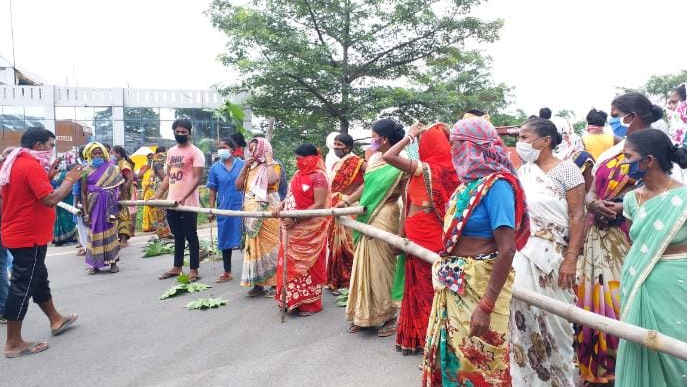 More than 100 women on Tuesday came out on the state's lifeline Ranchi-Patna Highway (NH-33) in front of Kshitij hospital near Konar bridge in Hazaribagh city, paralysing vehicular movement for more than three hours. The women said they will not allow the last rites of dead bodies of Covid patients to be held on the banks of Konar river as they feared it will result in spread of the contagious disease.

Roshni Tirkey, Mayor of Hazaribagh Municipal Corporation, also reached the spot to support the agitating women, saying that the administration cannot hold the last rites of Covid positive dead bodies on the banks of Konar without consent of the locals.

Conducting the last rites of Covid positive dead bodies have become a huge problem for the administration. Two days ago, after the death of a well-known city-based businessman, his relatives and health workers faced protests by local villagers when his body was brought to the banks of Konar for the last rites. The villagers had said they will not allow this practice here again. 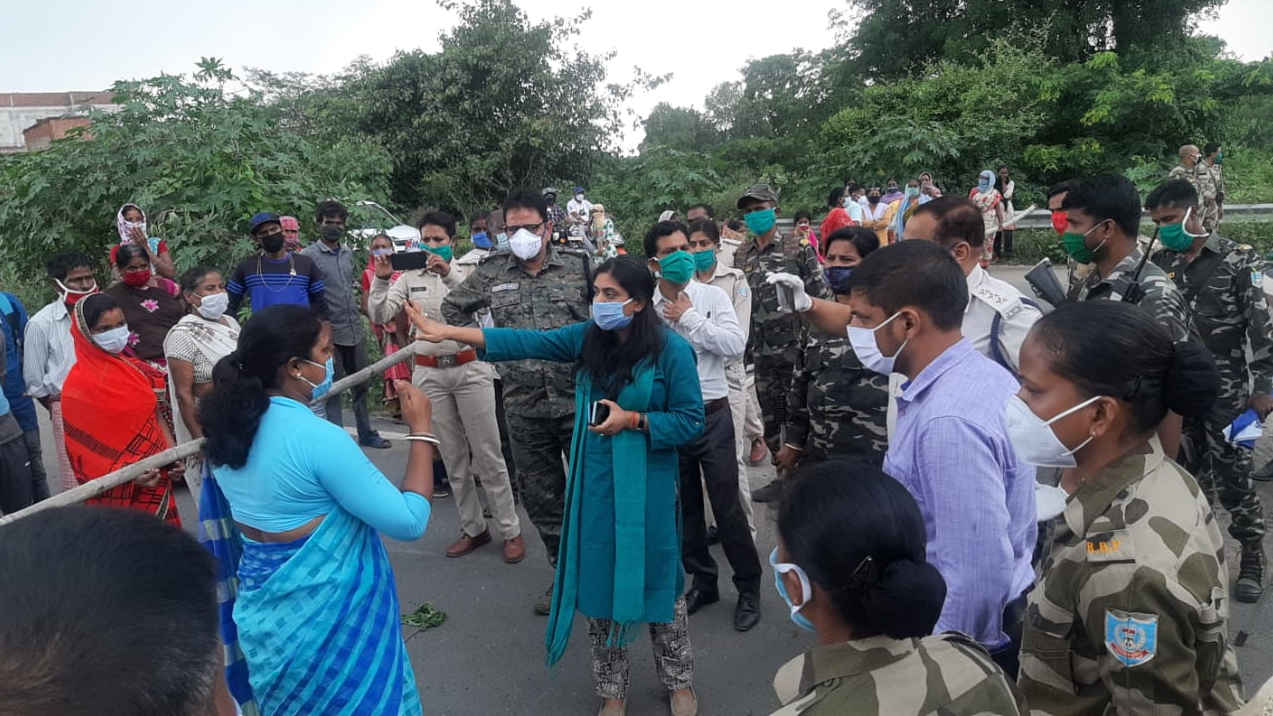 Sadar MLA of BJP, Manish Jaiswal had talked to villagers on Monday in a bid to pacify them. Everyone agreed that after the last rites of each body, the administration will ensure proper sanitisation of the place, besides burning of PPE kits and other materials used there.

The issue, however, took an ugly turn on Tuesday afternoon when angry women came out on NH-33, halting vehicular movement. Vehicles were seen stranded on both sides of one of the busiest highways of the region.

Tirkey said she was also a co-president of district disaster management committee but she was not called when a decision was taken to make the banks of Konar as the site for conducting the last rites of Covid positive dead bodies.

Sadar Sub-divisional Police Officer Kamal Kishore, who also reached the spot, told The Telegraph Online, “Konar river bank is a Hindu crematorium for long. So, we had selected it for the last rites of Covid positive dead bodies.” He added that authorities were also looking for other spots to cremate the bodies, but it has clearly been told that they will continue to use Konar bank.

Tirkey, however, isn’t of the same opinion. “I think the demand of these women is right. They use water of Konar river for various works including irrigation,” said Tirkey, who then spoke to sub-divisional officer of Sadar, Megha Bhardwaj. Bhardwaj had also reached the spot to request the women to call off their agitation. Finally, the Police had to intervene to forcefully remove the protesting women, and clear the jam.

Tirkey later said that she has conveyed the demands of the villagers to Hazaribagh deputy commissioner Bhuvnesh Pratap Singh, and he has given an assurance that needful action will be taken.

“I had demanded calling a meeting of the disaster management committee so that we can take a decision on this issue,” she said.

As per the guidelines of Jharkhand Nagarpalika Act of 2011, if any crematorium becomes risky for local residents, it can be immediately closed. Moreover, this matter is related to corporation area and so without her involvement, administration cannot take any decision in this regard, Mayor Tirkey added.