Agitators demand introduction of more trains between Jhargram and Dhanbad, improvement in amenities at Gidhni station 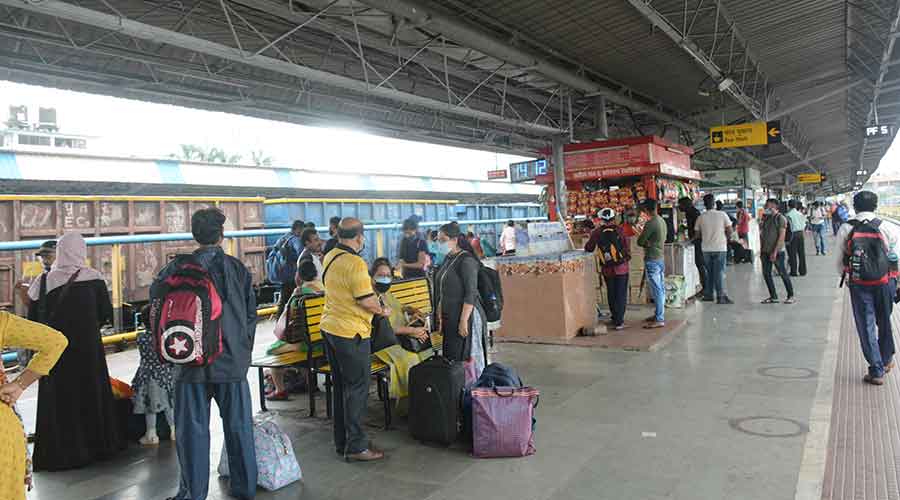 An agitation by local residents at Gidhni railway station, about 90 km away from Tatanagar, against recent fare hike in the daily Jhargram-Dhanbad Passenger train disrupted train services on the Howrah- Mumbai main line for over three hours on Saturday.

The agitators also demanded introduction of more trains between the two destinations - Jhargram and Dhanbad and improvement in passenger amenities at Gidhni station.

Over 100 people gathered at the Gidhni railway station and started the agitation at 7am by squatting on the tracks.

According to railway sources, the protesters started gathering at Gidhni  station early morning to participate in the agitation.

The Steel Superfast Express had left Tatanagar railway station at its scheduled time at 6.10 am but got stuck-up at Chakulia for over two hours.

Several Mumbai bound trains from Howrah were also detained mid-way due to the agitation.

Railway police including Railway Protection Force  (RPF) and Government Railway Police (GRP) were deployed at the spot of agitation to prevent any untoward incident.

The agitation was lifted at around 10.30 am following assurance by railway authorities of Kharagpur division of South Eastern Railway , who had come to the spot.

Tatanagar railway station director H K Balmuchu confirmed the withdrawal of the agitation at around 10.30 am.

"The agitation was withdrawn at around 10.30 am following which train traffic on the  Howrah- Mumbai main line via Tatanagar became normal, " he said.