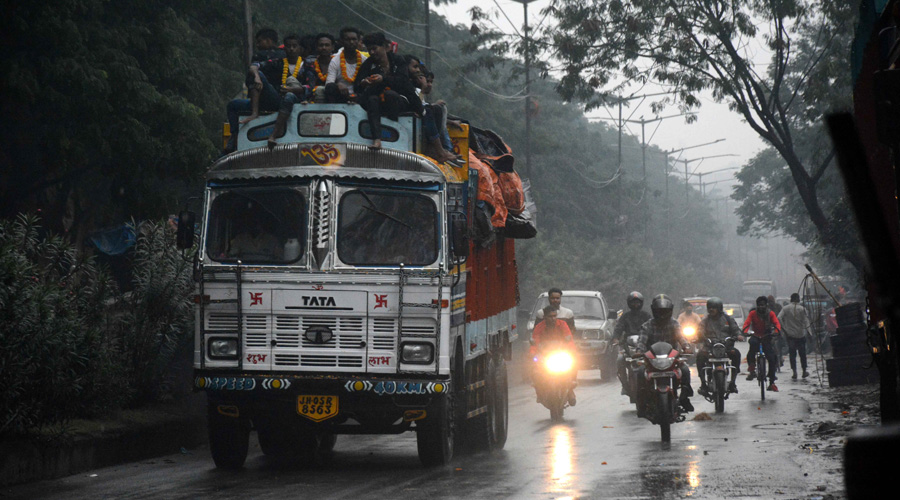 The Ranchi Met centre has issued an alert for fog and mist over Jharkhand during the next 24-hours.

Weathermen said on Saturday that the prevailing anti-cyclonic circulation was resulting in heavy moisture incursion in the atmosphere. "This would result in mist and foggy conditions, especially early in the morning for the next 24-hours," said Abhishek Anand, deputy director of Ranchi Meteorological Centre.

He went on to say that Saturday's satellite pictures also indicated a cyclonic circulation over interior Odisha which would impact Jharkhand's weather.

Surface visibility was poor in various parts of the state, including Jamshedpur and other districts of Kolhan and the Santhal Pargana region due to heavy mist since Saturday morning.

Neighbouring Kharsawan recorded 7mm rain while Chaibasa in West Singhbhum recorded 21.2 mm in the last 24 hours ( 8.30 am of Friday to 8.30 am of Saturday ). Several places on the outskirts of Ranchi, Giridih, Jamtara and Khunti experienced light showers too.

Minimum temperatures also rose in most parts of the state due to the cloud cover.  As per Met statistics, most places recorded minimum readings of four to five notches above normal.

IMD's Patna Met Centre also issued an alert of early morning fog in Jharkhand during the next 24 hours which would reduce surface visibility.

The forecast from the Patna office indicated dry and clear weather in most parts of the state from Monday, November 23. It predicted a fall in minimum temperatures by 3 to 5 degree Celsius during the next four days in Jharkhand.