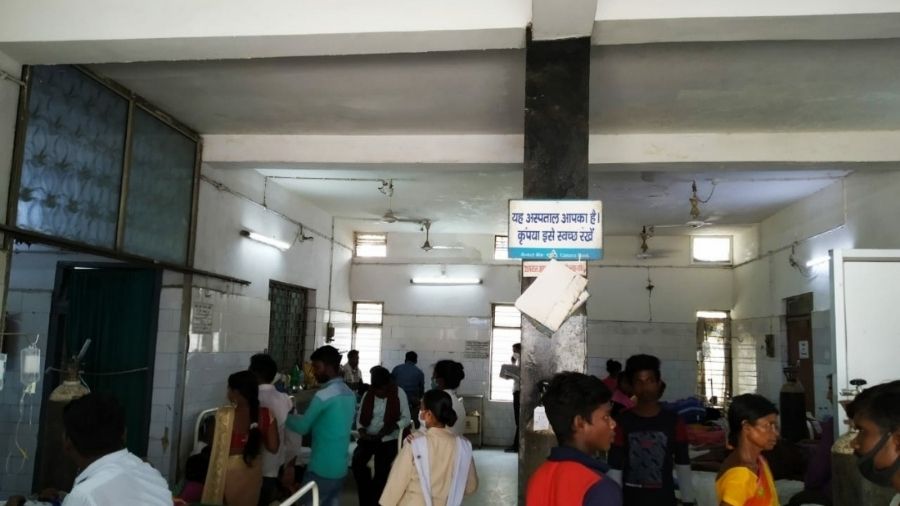 The West Singhbhum district health department on Thursday started surveillance of patients undergoing treatment for heatstroke in the health hubs in the steel city and beyond.

The health department began data collection and monitoring the sunstroke cases as mercury continues to shoot up, resulting in more and more people falling sick after getting exposed to the scorching sun.

With the maximum temperature touching 40 degree Celsius in the steel city now, the hospitals and nursing homes are getting filled with patients suffering from fever, dehydration and vomiting.

"We have instructed all hospitals and nursing homes to send report of sun-stroke cases to the district disease surveillance office. The step was necessary in view of the rising day temperature in the city," said district civil surgeon, Sahir Paul while talking to The Telegraph Online.

Paul pointed out that the health department has instructed management of hospitals and nursing homes for daily reporting about the sunstroke cases so that they can recommend for the remedial measures if the weather condition continues to deteriorate.

In Jamshedpur, summer begins from the end of March and continues till mid-June.

According to a senior official in the health department, all schools have become functional recently after a long period of online classes due to the spell of pandemic.

"Though resumption of schooling is a good thing to happen, the children are being exposed to scorching sun when the classes get over at around 1.30 pm. Under such weather condition in which the temperature tends to touch 40 degree celsius, the children remain prone to sunstroke. This is one of the main reasons behind starting surveillance, " said the official while talking to this website.

The official pointed out that if the weather condition deteriorates further, the health department may recommend for change in school timing besides other necessary steps for people's safety during the summer.