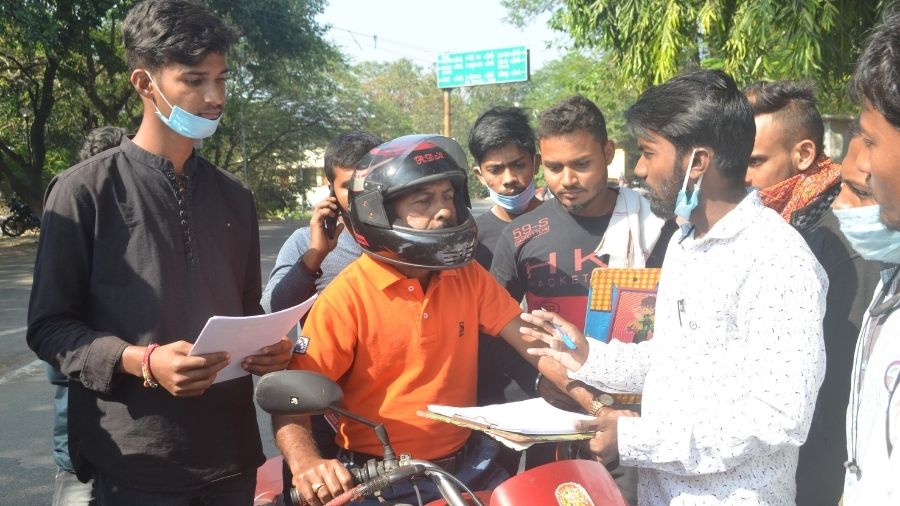 As many as 50 post-graduate students of the All Jharkhand Student Union (AJSU) along with other aspirants of PG courses of PK Roy College, Dhanbad on Sunday organised a signature campaign Randhir Verma Chowk of the town demanding resumption of PG teaching facility at the college. The courses at the premiere college of the Binod Bihari Mahato Koylanchal University were dropped two years ago.

The students claimed that the withdrawal of the PG courses from the college located at the heart of Dhanbad will cause several difficulties for students, especially women, who come from faraway areas vying for higher studies in the near future. This is likely to happen due to the upcoming shift of the university to its new campus at Bhelatand Mouza of the town from its temporary address at Babudih.

PK Roy Memorial College offered post-graduate courses in 15 subjects for more than three decades and served as the PG centre of the Vinoba Bhave University, Hazaribagh.

However, with the Binod Bihari Koylanchal University being established at Dhanbad in 2017, the college dropped off the facility and instead launched its own PG departments. The classes are scheduled to be shifted from the temporary location at Babudih to its own upcoming building at Bhelatand soon.

Talking to The Telegraph Online at the campaign site at Randhir Verma Chowk, Vivek Kumar, a PG student of the college said, “PK Roy Memorial College, where PG courses were being carried out since the last 34 years, is centrally located and students can easily reach the location. But after the university gets shifted to its upcoming campus at Bhelatand, which is located away from the town in a remote area, it will be difficult for students to reach there.”

Vikash Mahato, a student who is completing his PG course in Hindi, seemed to have similar opinions. “We have no objection to the university launching its PG department but at the same time, we do not want  withdrawal of the PG course from PK Roy Memorial College as it is the only premiere college of the BBMKU at Dhanbad,” he said.

Student leader and BBKMU unit leader of student wing at AJSU, Vishal Mahato said, “The PK Roy Memorial College earned a better ranking during the last assessment of college by National Assessment and Accreditation Council, which was conducted five years ago due to the availability of PG course facility. It may not get a similar ranking during the next assessment due the withdrawal of the PG courses during the time.”