Dhanbad no-entry for trucks and buses to ease local traffic 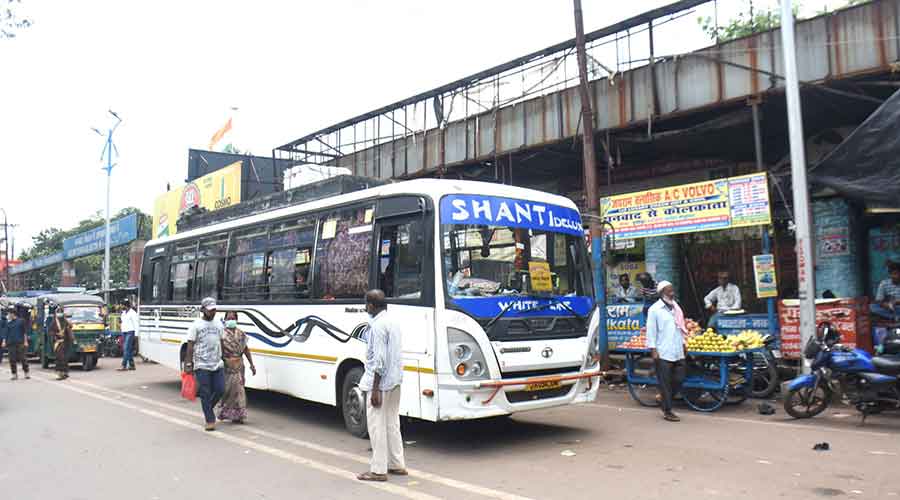 The Dhanbad district administration, to improve the road traffic situation, has banned the entry of around 250 inter-district and interstate buses from September 3, 9am to 9pm and a complete ban over the entry of heavy goods transport vehicles will also come into force from the same day.

The series of steps have been taken in the district to overcome the perpetual traffic jam situation, as per which the illegally operated bus stand lying near the entrance gate of the concourse area of Dhanbad Railway station  has also been withdrawn and relocated 800 meter away at Interstate Bus Terminus of Bartand.

Sandeep Kumar, Dhanbad Deputy Commissioner who shared the information about the new traffic arrangement through his official twitter handle, further posted the new route chart for the new buses and heavy goods transport vehicles to be made effective from September 3.

Rajesh Kumar, traffic DSP of Dhanbad, who is also the nodal officer of Road Safety Cell of the district said, “The new traffic arrangement and route allocation has been finalised as part of a comprehensive plan after several rounds of discussion according to which the modalities for the implementation of new traffic arrangement, including the deputation of policemen at strategic points have also been prepared.”

This apart, steps are in progress for placing and positioning signboards, signages at different no entry points and no parking zones as per the new route chart.

“All stakeholders, including the bus owners have already been informed and apprised about the decision in advance,” said Kumar and added that not only the buses but the finalisation of the route chart for auto rickshaw is also in progress after holding several rounds of meetings and would be given final shape after the last round of meeting on September with the Auto rickshaw operators association.

As per existing arrangement, all the buses after starting journey from Interstate Bus Terminus at Bartand used to follow the route of Bartand to Dhanbad station road where they stop at illegally operated bus stands for picking up passengers for long hours adding to the traffic at the station road.

Regarding the plans to regulate around 15 thousand auto rickshaw, Traffic DSP said, “Our effort is to prevent the entry of all auto rickshaw towards the railway station which adds to chaos and for that we have decided to implement break journey like Auto Rickshaw running from Patherdih to Dhanbad will stop at Jharia and return back and from there passengers will reach Dhanbad in other auto rickshaw operating between Jharia and Dhanbad.”

“We are also coordinating with government departments responsible for road construction to carry out repair of roads at strategic locations like near the Gaya underpass near Dhanbad Railway station which also adds to the Chaos,” said Kumar.