Dhanbad mayor wields a broom as trash piles up 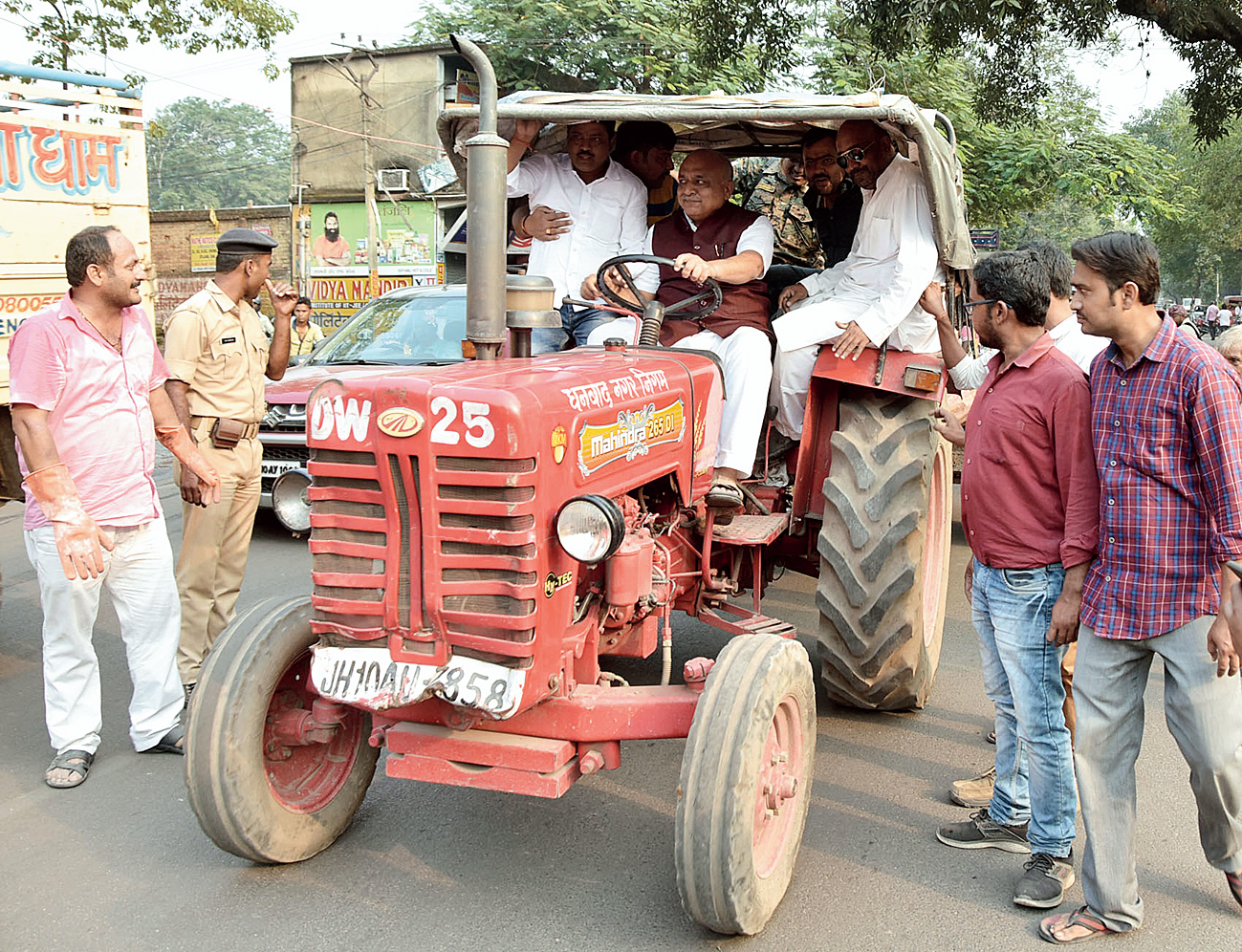 Mayor Chandrashekhar Agarwal, accompanied by Ward 25 councillor Priyaranjan, city manager (sanitation) Vijay Kumar and other officials of Dhanbad Municipal Corporation, carried out a cleanliness drive on Tuesday, in the wake of the indefinite protest by over 1,000 sanitation workers.

The cleanliness drive was held for around 90 minutes from 1pm in Manoram Nagar, Luby Circular Road, Bekar Bandh, Gandhi Chowk and City Center areas of the coal town.

The mayor was seen sweeping roads and carrying garbage from one dumping site to another. He even drove a garbage tractor for some distance on Luby Circular Road.

Over 100 private labourers were also pressed into action who in turn transported the garbage to the static compactor station in Hirapur.

Talking to the media, Agarwal said, “We have already fulfilled all the demands of the labourers but some of them are resorting to blackmailing tactics that we won’t succumb. We are planning to hire labourers through different NGOs ahead of Chhath.”

“We have appealed to all councillors to hire private labourers to clear the garbage for which payment will be made accordingly by the Dhanbad Municipal Corporation,” said Vijay Kumar.

On Monday over 1,000 sanitation workers of Dhanbad Municipal Corporation went on an indefinite strike in support of their 23-point charter of demands that included timely payment of salaries, payment of bonus, among other issues.

Cleanliness work at 55 wards across the district has been badly affected with heaps of garbage seen lying unattended across Jharia, Dhanbad, Sindri, Katras and Chatatand.

Expressing disgust over the current situation, Saurbh Sharma, a resident Manbad locality in Jharia, said, “The situation is pathetic here as mounds of garbage are lying unattended here and there,”

Ward 30 councillor in Jharia Jay Kumar said, “We are facing difficulty in removing the garbage. It will be really difficult to keep the areas clean if the civic workers do not cooperate with us.”