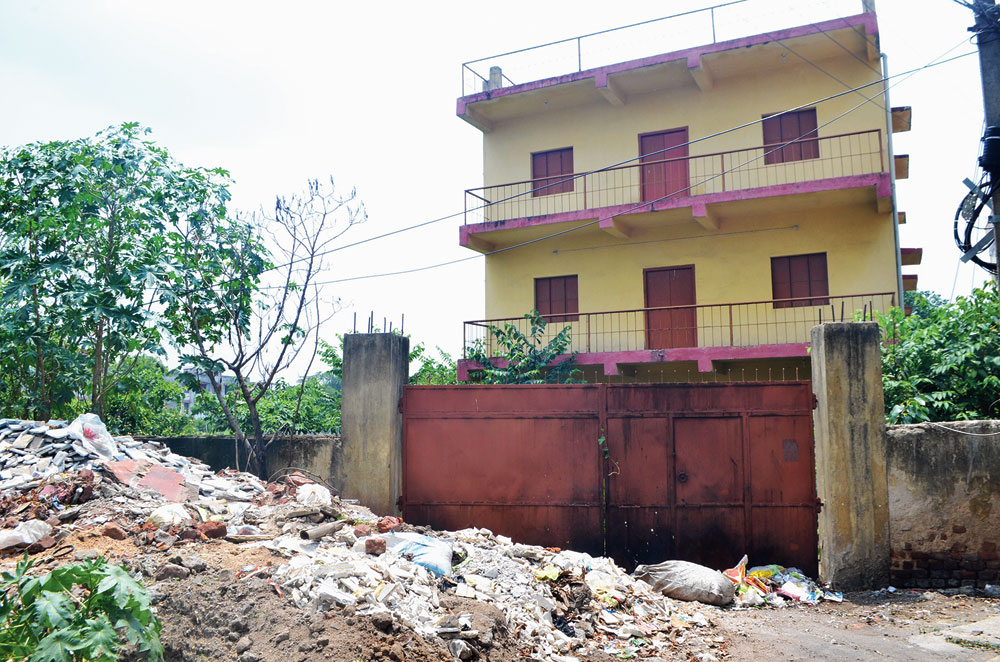 A three-storey government shelter home, ready for the last six months, has turned into a garbage dump and gamblers’ den when Dhanbad Child Line members are struggling to accommodate abandoned children, a large number of whom are either rescued by police or end up roaming around railway stations.

The shelter was built by the state labour, employment and training department on the premises of the employment exchange at Bartand, less than a kilometre from the Dhanbad district collectorate, at a cost of Rs 90 lakh. The shelter is equipped with a study, a computer room, individual care room, vocational training room, a healthcare centre, among others.

“We raised the issue of the facility not being used during Monday’s Child Line meeting. Officials of the district administration were present but the fate of the building still hangs in balance,” said Dhanbad member of Child Line Madhurendra Singh.

Singh said as per norms rescued children cannot be kept at the Child Line office for more than 24 hours.

“So, they are referred back to the child welfare committee, which sends them to a shelter home in Bokaro,” he said, adding that they had also raised the issue with the district social welfare department and senior officials of the labour department.

“The building is yet to be made operational. This when we are facing so much difficulty in accommodating rescued children,” he noted.

District social welfare officer Deepmala Gupta said she wasn’t aware of the existence of such a shelter. “We are not aware about any ready shelter home for destitute children in Dhanbad as no documents have been provided tous. But I will find out if such a building is there and is lying vacant,” she said.

Labour department secretary Rajesh Ekka said he had sought a report from local officials of his department. “We will initiate the process of handing over the building to the social welfare department after we get the report,” he said.

Former Dhanbad deputy commissioner Prashant Kumar had in 2013 instructed the district education department to arrange temporary accommodation for boys rescued by the police at Abhoy Sundri Awasiya Vidyalaya and for girls at Kasturba Gandhi Awasiya Vidyalaya.

Kumar also sent a proposal to the state government for constructing a shelter home for children. The

Bartand shelter home, was built as a result of his efforts.