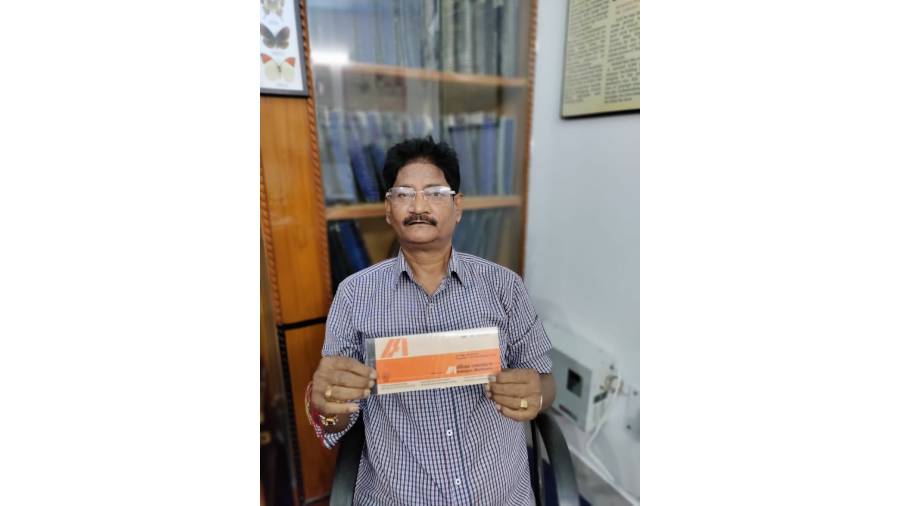 Unique Collector Amrendra Anand at his home with his collection of tickets of Air India
Sourced by the correspondent
Praduman Choubey   |   Dhanbad   |   Published 12.10.21, 05:10 PM

Anand, a retired development officer of Life Insurance Corporation of India, also has a collection of postage stamps issued in India as a special series of stamps after independence besides the air ticket purchased by him in 1992.

Talking to The Telegraph Online today, Anand said, “I have the habit of collecting unique things since the early stage of my career. So, I procured the token, key rings and postage stamps etc from different places and exhibitions.”

The token issued during the pre-Independence era by Tata Airlines bore the monogram of Maharaja on one side and the sun’s monogram on the other.

“Two key rings issued by Air India to passengers including the one of 1932 are also part of my collection, along with my Air India ticket in,” said Anand and that his collection also include the air ticket purchased by 1992. 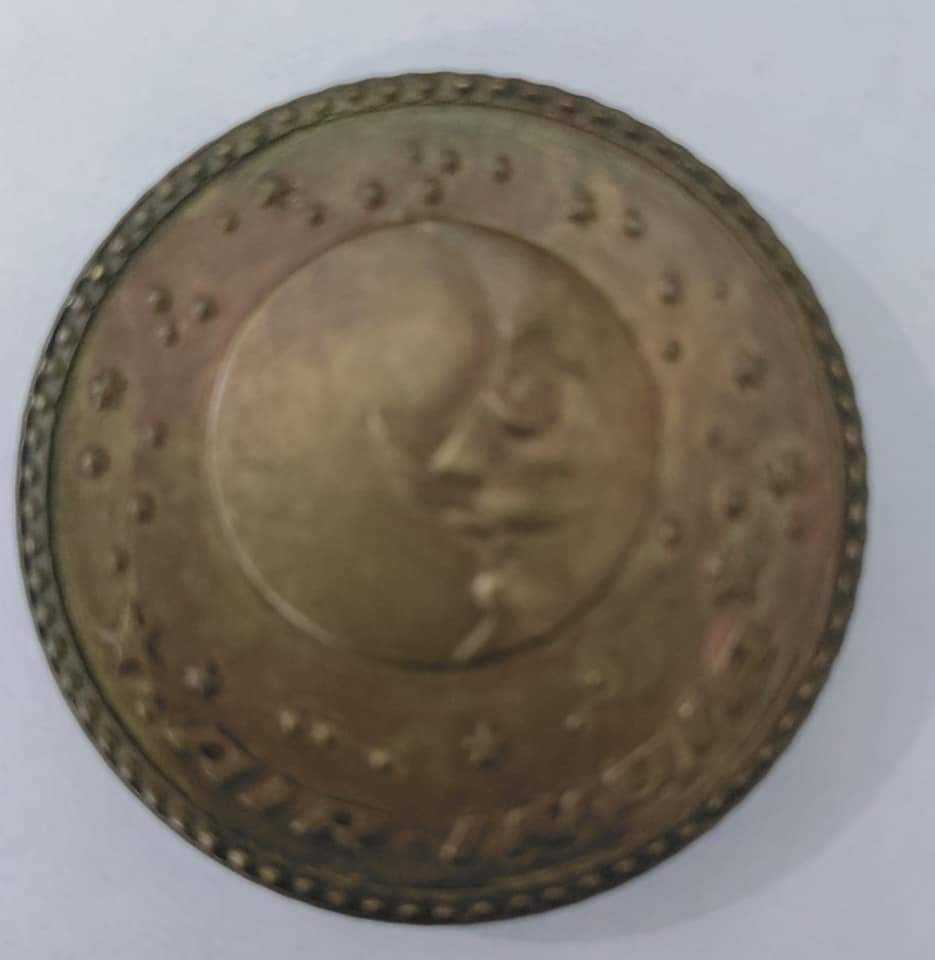 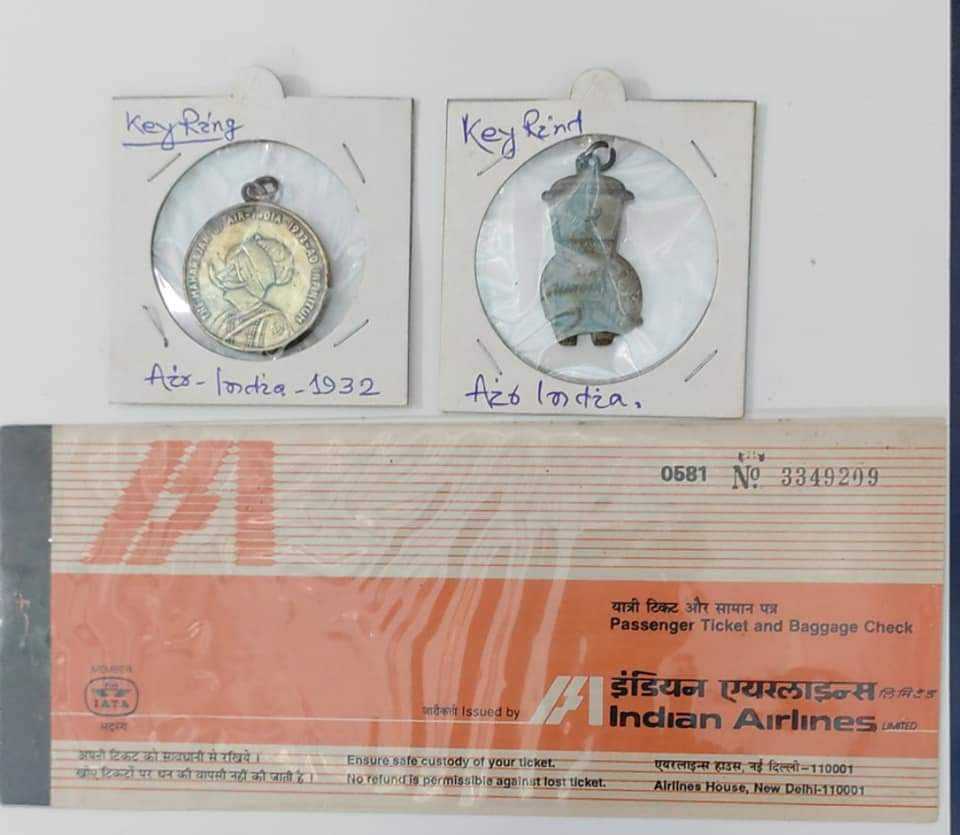 Key ring of Air India of pre independence period.
Sourced by the correspondent

Divulging more details, Anand a native resident of Darbhanga, Bihar said, “While rummaging through my collections today I looked back at some of the articles issued during pre-independence for Air India when it was operated by Tata Airlines.”

Anand, a member of about a dozen Philatelic societies across the country both the pre-independence and Post-Independence Period Stamps, including both the Feudatory Stamps used by independent princely states and Conventional stamps bearing the symbols of both the respective state and the British Empire.

Anand, who has a separate museum for coins and stamps at his house, also talked about his other collection of postal stationeries that includes envelopes, post card, inland letters and registered letters ranging from 1862 to 1981 i.e from the era of Queen Victoria to King George VI in the pre Independence era. His postal stationery also has postcards of Queen Victoria and of Princely states like Jaipur and Travancore.