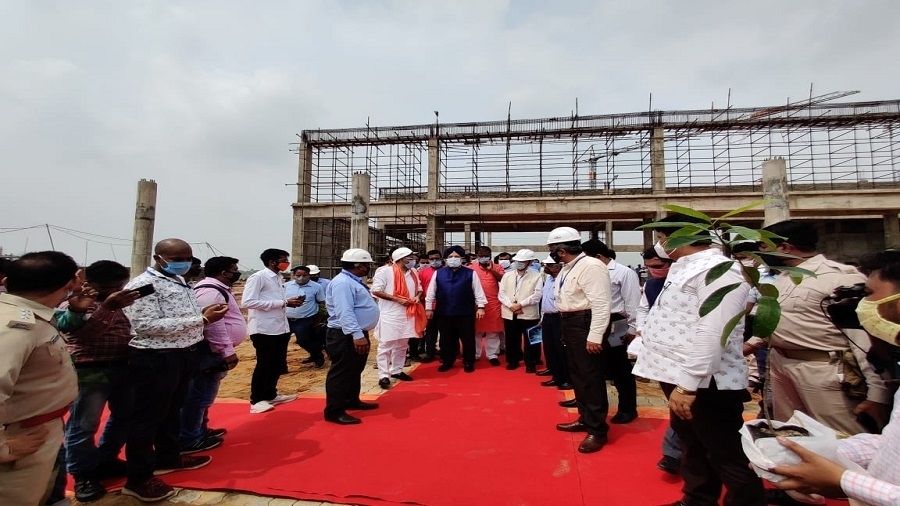 Of the two regional airports scheduled to begin flight operations from the first week of November, Darbhangha in neighbouring Bihar has taken off before  Jharkhand’s temple town of Deoghar.

Several infrastructure gaps have delayed Deoghar’s debut on the country’s aerial map by at least a few more months, even though Union civil aviation minister Hardeep Singh Puri, after conducting an on-site review of the two airports, had promised to launch flights from the first week of November.

But Jharkhand couldn’t. Deoghar deputy commissioner Manjunath Bhajantri said the state government was working to make the airport project a reality soon. “Deoghar airport is also among chief minister Hemant Soren’s priority projects and we are trying to speed up the work by addressing causes behind its delay,” said Bhajantri, who took charge on November 18 replacing Kameshwar Prasad.

Bhajantri said he had held a detailed review meeting with officials of Airport Authority of India (AAI), forest department and other stakeholders to speed up the process. Detailing on a few shortcomings, he said, “Work on construction of approach roads around the airport is to be done. This will require relocation of those living in its vicinity. District and AAI officials have been asked to work in tandem and begin the relocation project. This apart, some trees have to be replaced or cut, for which the forest department has been sounded out.”

The deputy commissioner did not specify timelines but said all stakeholders had been activated to complete pending work in a time-bound manner.

An airport official had claimed earlier that more than 90 per cent of the construction work was complete. This included the terminal building with six check-in counters, ATC tower, fire station, power station, airport station, among others. Currently, work related to drainage systems, power, communication facilities and police posts is underway.

The airport is spread over 653.75 acre and its terminal building is being built over an area of 4,000sqm, while the runway is 2,500 metre long. With an environment-friendly architectural design and state-of-the-art passenger facilities, the terminal building will be a composite structure inspired by the rising towers (shikhar) of the Baba Baidyanath temple.

Once ready, this will be Jharkhand’s second largest airport after Birsa Munda International terminal in Ranchi and will be suitable for operation of Airbus A-320 type of aircraft. Currently, rail and road journeys are the only options for thousands who come to Deoghar annually for Lord Shiva’s darshan.

Once air services begin, footfall is expected to multiply which will turnaround the local economy by strengthening Deoghar’s place as a prime attraction for religious tourism.

A direct flight between Ranchi-Chennai commenced operations from Saturday.  A 180-seater Indigo aircraft made a to and fro journey to almost full capacity. The flight from Chennai with 166 passengers reached Ranchi airport at 8.05am while it returned with 155 passengers at 8.50am.