STATE DIGEST: Kid designers get creative at Ranchi ‘Mask-a-thon’, a school for special children holds a video contest and more 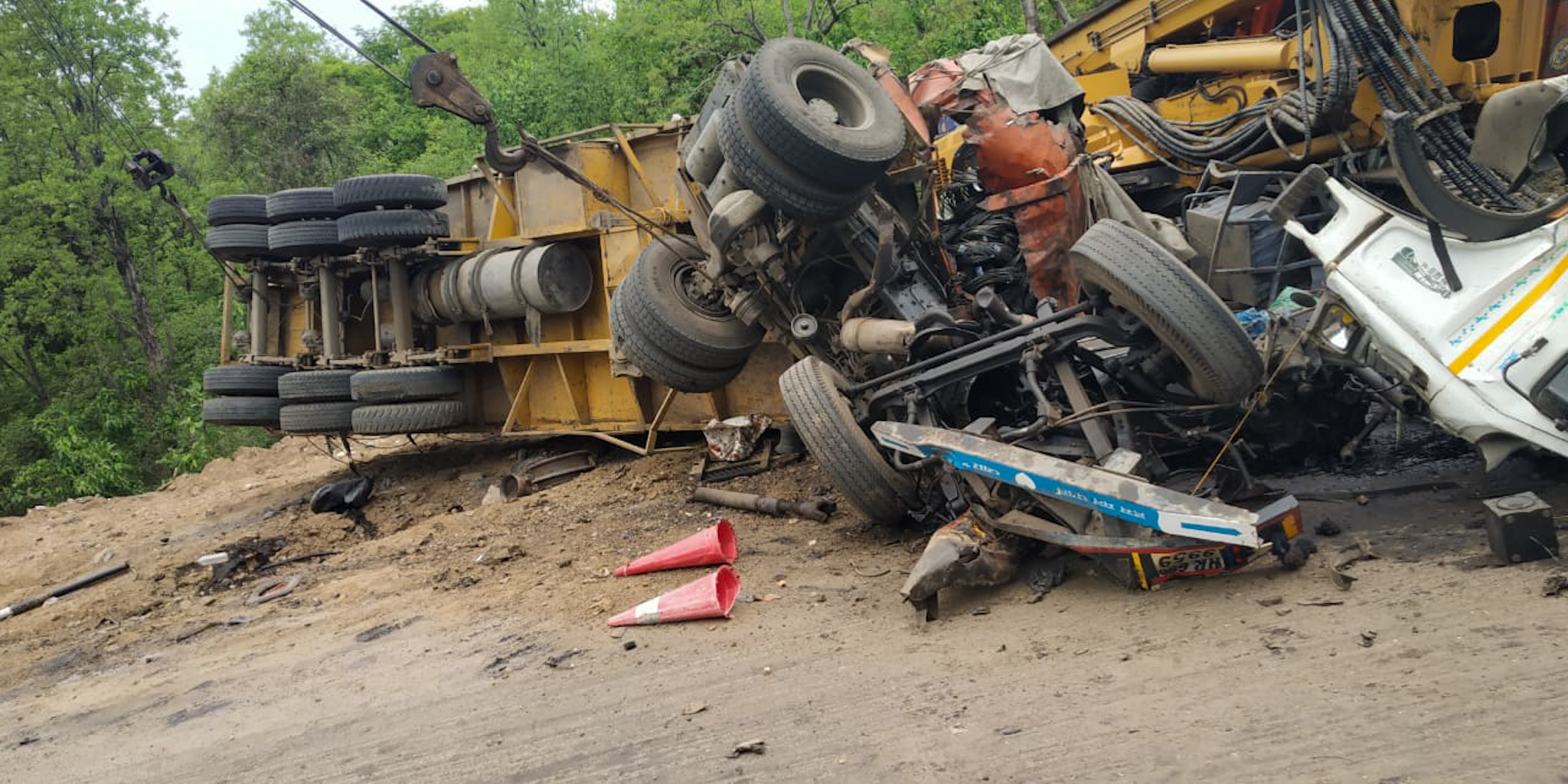 A trailer plying on the NH-33 near the Chutupalu valley, rammed into another trailer and two tractors, killing two drivers and one co-driver in Ramgarh on Wednesday.

The incident occurred at around 9:30 am while the trailer was carrying construction rods and making its way to Ranchi. After a break failure, the vehicle dashed against another trailer, which was coming from the opposite side, and two tractors, which were coming in from behind.

Both tractor drivers died on the spot, and one of the tractors fell into a ditch. The co-driver of the trailer that was dashed into also died.

The co-driver of the trailer, whose breaks failed, is injured and admitted to the Sadar hospital in Ramgarh. 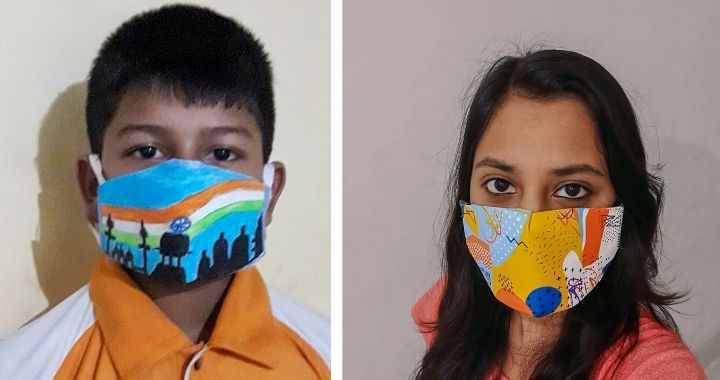 Masks designed at the event in Ranchi
Telegraph pictures

The Artistry School of Arts and the Artistry Art Foundation in Ranchi organized ‘Mask-a-thon’, a mask-making competition, where two hundred children participated from home, painting on any theme and sharing them online.

Dhananjay Kumar, director of the Artistry School of Arts and founder and secretary of the Artistry Art Foundation, said his organization inspired people to use masks to fight the coronavirus pandemic with the creativity of children.

A painting competition was also organized for students with the aim of battling stress due to studies and the lockdown, while staying at home. The organization will give two masks as gifts in the name of the student-designers.

From traditional Sohrai painting to superheroes, florals to nature conservation and messages of unity in the face of the virus, the children came up with many artistic ideas.

Suraj Kumar Oraon (20), whose body was recovered from a well in Gonda village on May 27, was murdered in a rivalry over love.

Police action came on a complaint filed by his mother Devanti Kuar, who said her son was missing.

The youth was killed by Hazrat Ali and Naushad Ansari of the Meral district, after they allegedly took their unsuspecting friend to the nearby well in the evening and killed him, deputy superintendent of police Dilip Xalxo said.

Police said that Hazrat had found out about Suraj having an affair with his love interest, a girl from the same village, who also wanted to separate from Suraj.

At the behest of the girl, Hazrat killed Suraj with the help of Naushad and threw his corpse along with his motorcycle into the well, Xalxo added.

Police sent them to judicial custody.

Pahela Kadam Dhanbad, a school for special children run by the Narayani Charitable Trust, organized an all-India video contest during the lockdown, in which special children could share how they were spending time and learning at home and with their parents.

The teachers of the school, established in 2010 by Anita Agarwal, also provided special training videos for parents to learn from, to aid their child in the learning process.

The competition received a tremendous response, being attended by more than 200 children from different states across the country, from whom three were chosen as winners.

The winners were declared based on the most liked and most viewed videos on social media.

10-year-old Preetesh Mohanty of Jamshedpur who has autism spectrum disorder, placed first in the competition, followed by 13-year-old K. Ashutosh Panigrahi who placed second, and 33-year-old Abhishek Kumar Dubey of Jabalpur, who secured third place. Winners will be awarded in Dhanbad when lockdown ends and usual life resumes.

“We plan on giving them useful things which they can use for their growth,” said Agarwal to The Telegraph Online.

The Pahela Kadam School, which runs because of donations from businesses, thanked all the participants who made the competition successful.

A dozen unidentified miscreants torched a machine engaged in the task of doubling a rail line, and damaged a dumper, interrupting work in Maoist prone Kashitand at the base of the Lugu hills in Gomia.

The incident occurred late on Tuesday night at 10.30 pm

Gomia police-in-charge, Vinay Kumar reached the spot on Wednesday morning, and questioned night guards Jhari Mahato and Pawan Mahato who are engaged in the work of doubling the railway line.

Kumar denied involvement of Naxals in the incident and said local goons probably triggered it. Raids are being conducted to nab them.

Local goons released two abducted workers of a construction company after four days on Tuesday night, in the jungles of the Bokaro-Ramgarh border area.

Police efforts in the past five days failed to trace the victims and seize the kidnappers.

On Friday night at 11 pm, miscreants descended at a bridge construction site near Ghaghri village and forcibly took guard Mukesh Murmu and roller driver Punnu Bhuiyan along with them.

Both the victim are workers at Kumar-Rai Construction Company, which is engaged in bridge construction.

Assistant superintendent of police, Bermo, Umesh Kumar said, “The duo was released late at night. They have arrived back home. Police investigation is on”.