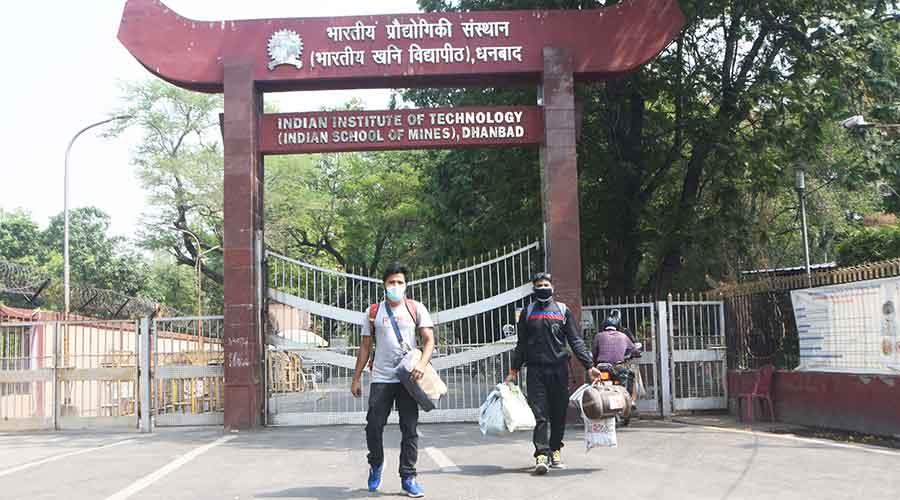 Research scholars of IIT (ISM),Dhanbad are protesting against the mandatory hostel evacuation notice served to them on April 26.

The protestors claimed that the other IITs including, IIT Kanpur and IIT Delhi have made it optional for research scholars to vacate the hostel. IIT (ISM), Dhanbad has given students a five-day notice to evacuate its campus.

A research scholar of Uttar Pradesh requesting anonymity claimed that forcing the students to leave in trains and buses is akin to putting them in danger.

“If infected during the journey than they will also serve as source of infection for their family members as, in many parts of the country the RTPCR test for passengers are not being conducted,” said the student.

“The family members of the many of research scholars are in self isolation at home or in quarantine and have little space for them at home, so at such a time the campus is the safest place for them,” argued another student.

“As entry of outsiders is completely prohibited inside the hostel there is little chance of spread of infection,” said the research scholar.

“If the foreign research scholars can be allowed to stay at the campus why can’t we be allowed as staying away from the campus at the crucial stage of their career may prove detrimental for our career as we have already been away from the laboratories for around a year affecting our career,” said a protester.

The majority of the 450 research scholars who have been allowed on campus have a six month deadline to complete their research.

The dean of student of IIT (ISM), MK Singh, said, “Recently around 50 persons including some of administration, faculty member, staff members etc have been infected inside the campus and given present situation, when limited beds are available in the district it will be very difficult to address any cases among hostellers.”

“We are receiving continuous calls from parents of research scholars who are very concerned about the safety of their wards and in fact majority of students have already left the campus around a fortnight ago itself when we have given them the option to leave the campus or stay back at the campus,” said Singh.

“Furthermore, we are also providing all kinds of support to research scholars in booking their tickets etc and extending help to reach their places,” said Singh.