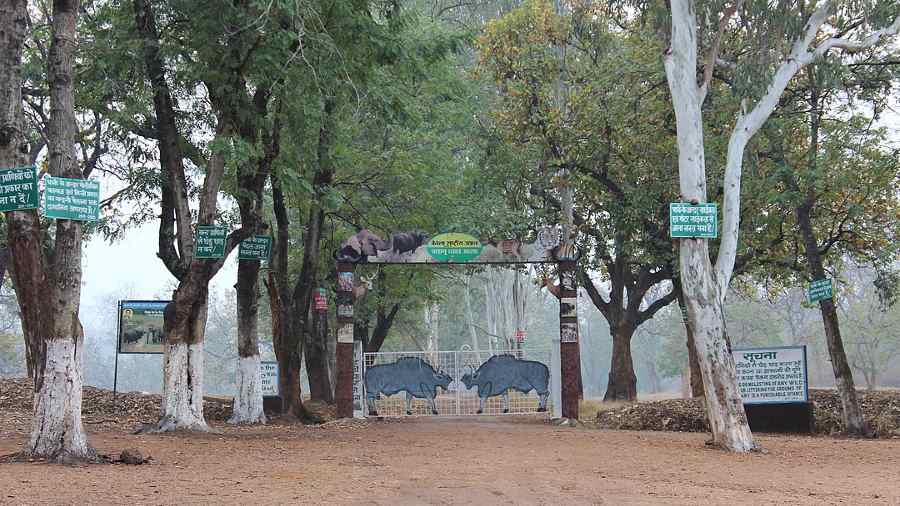 Guest houses at Betla National Park and Netarhat are seeing cancellations after the state government imposed restrictions on visits to picnic spots and zoos till January 15 in the wake of a surge in Covid cases and tour operators fear another round of massive financial losses in winter when tourism flourishes in Jharkhand.

“Many who have booked for dates beyond January 15 are now confused. They are preferring to cancel, fearing that the curbs may be extended,” said an official at the Jharkhand Tourism Development Corporation-run Prabhat Vihar Hotel in Netarhat in Latehar district. “While there is no ban on hotel bookings by the government, and people can still decide to visit and stay, but the closure of local tourist sites will surely impact bookings," he added.

Ravi Singh, proprietor of Sashi travels in Ranchi, said they had 10 bookings for visitors from Odisha and Bihar between January 10 and 15 for sight-seeing in and around the state capital and package tours for visits to Betla in Palamau district and Dalma elephant sanctuary in East Singhbhum. Most of these, he added, had been cancelled.

“We are trying convince families to postpone the trip to a later date, but the way cases are spreading, no one is sure. Only two clients agreed to wait and take a call after January 15. But eight of our bookings were cancelled today, adding to our losses. We cannot even force anyone to pay cancellation charges,” he said.

Singh said their business was down by 50 per cent since last year. “Just when we thought that things were looking better, we are in another round of the pandemic,” he rued.

Ravi Tirkey, a tourism department appointed "paryatak mitra", or tourists' help, at Dassam falls in Bundu (Ranchi) said over 100 local residents of the area were staring at livelihood issues again. “December to February is crucial in terms of earnings from tourists. Usually, one earns anywhere between Rs 300-Rs 500 a day during this period. But the sudden closure of tourist places means we are back to facing financial uncertainty," he said. As a result of the development, the four wheelers booked for rentals remained stationary at the premises of respective travel agencies' offices and popular places of tourist attraction remained barren.

In Jamshedpur, the weather may have been sunny and beautiful on Tuesday, but there was no visitor at Jubilee Park, Dimna Lake, Chandil Dam and Bhurudih Dam, usually bustling with picnickers in January. "We used to organise tour packages for visiting places in and around the steel city. A good number of bookings had come from Bengal and Odisha. But now, many are cancelling, not so much for the curbs announced in Jharkhand, but because of the restrictions in Bengal," said Rajiv Shukla, the proprietor of Om Shanti Travels.

Sunil Travels, that operates out of Sakchi in the steel city, said all 10 bookings for Dassam Falls in Ranchi for Tuesday were cancelled. "Of course the Jharkhand government’s curbs meant there was no point for anyone to visit these places. But we travel agents have to bear the losses," said proprietor Sunil Singh.