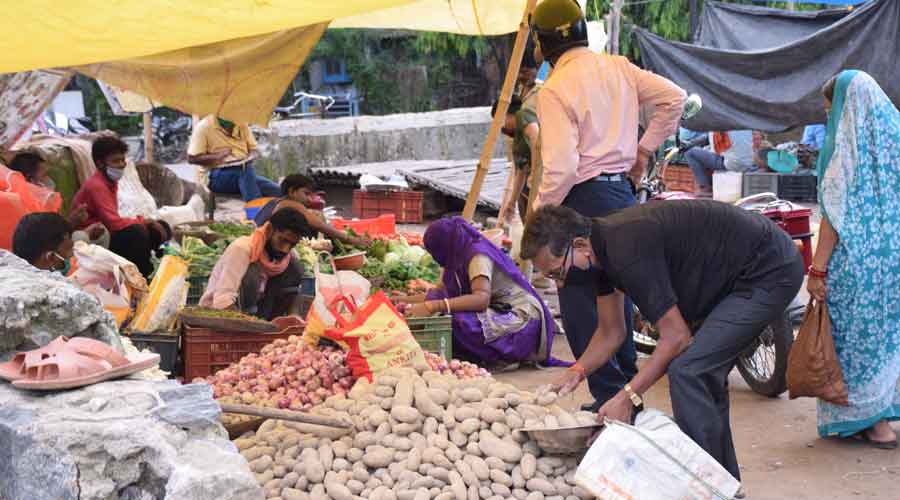 East Singhbhum deputy commissioner Ravi Shankar Shukla said intensive sanitisation work will be carried out in vegetable markets under the three urban local bodies during this period. The decision to lock markets arrives amidst rising numbers of Covid cases.

Shukla asked officials of the three civic bodies to involve incident commanders in carrying out the sanitization work.

"The decision to close vegetable markets has been made for carrying out sanitization work which will help in preventing the transmission of the disease," read the order issued by the deputy commissioner. It also informed that sanitization work will be conducted on a weekly basis.

Meanwhile, the administration has also come up with two camp jails on the premises of Motilal Nehru Public School at Sakchi and Kerala Samajam Model School at Gomuri today.

These camp jails will be used to detain those who are found violating norms.

With the number of Covid-19 cases on the rise, the civic bodies and police on Friday joined hands to intensify their drive against those who do not wear masks. Some 100 police personnel cracked down on those not wearing masks or were found to be spitting in public.

SP Subhash Chandra Jat said that this is not about collecting fines, but an effort to make people wear masks. “This is the most effective way one can fight Covid-19. Prevention is better than cure,” he said.

Shopkeepers, vendors and car drivers, who refused to follow Covid safety norms were warned by the police at Sakchi, Mango and other places.

On Friday, 14 more Covid-19 cases were reported from various parts of the steel city taking the total count in east Singhbhum to 634.