Babulal Marandi among 1261 to test positive in Jharkhand 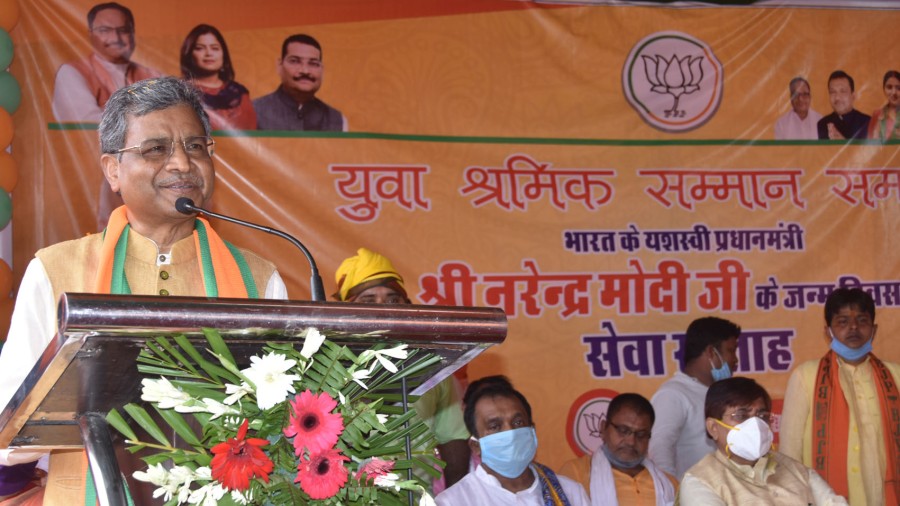 Marandi, who represents Dhanwar constituency in the state assembly announced his status through his social media handle. He wrote, "After facing mild symptoms, I underwent covid test and was found positive for the virus today. I have self isolated myself and request all those who came in contact with me in recent days to be alert and get themselves tested."

Soon after the monsoon session ended on September 22, Marandi flew to Delhi to meet BJP top brass in the wake of upcoming byelections in Dumka and Bermo and chalk out other modalities related to party's affairs in the state, where the saffron camp is currently in Opposition. He returned Ranchi on Thursday.

Since the outbreak of the pandemic in Jharkhand in March a total of 77709 have so far been tested positive for the virus so far including Friday's count. Of these, 12533 are currently active cases and 64515 have recovered.

Many lawmakers, including over half a dozen MLAs from the ruling JMM-Congress-RJD coalition fell prey to the virus, majority of whom had successfuly overcame it and returned back to their normal public life.

State water resources minister and JMM MLA from Garhwa, Mithilesh Thakur, who was one of the few to have tested positive for the virus recently also donated his plasma at Rims.

On the other hand, with six fresh casualties on Friday, state fatalty toll now stood at 691. Of these, two deaths each were reported from East Singhbhum and West Singhbhum and one each surfaced from Dhanbad and Godda.