Autorickshaw owner who drove from Mumbai to Bokaro tests positive

Glare on delay in Dhanbad hospital's delivery of reports 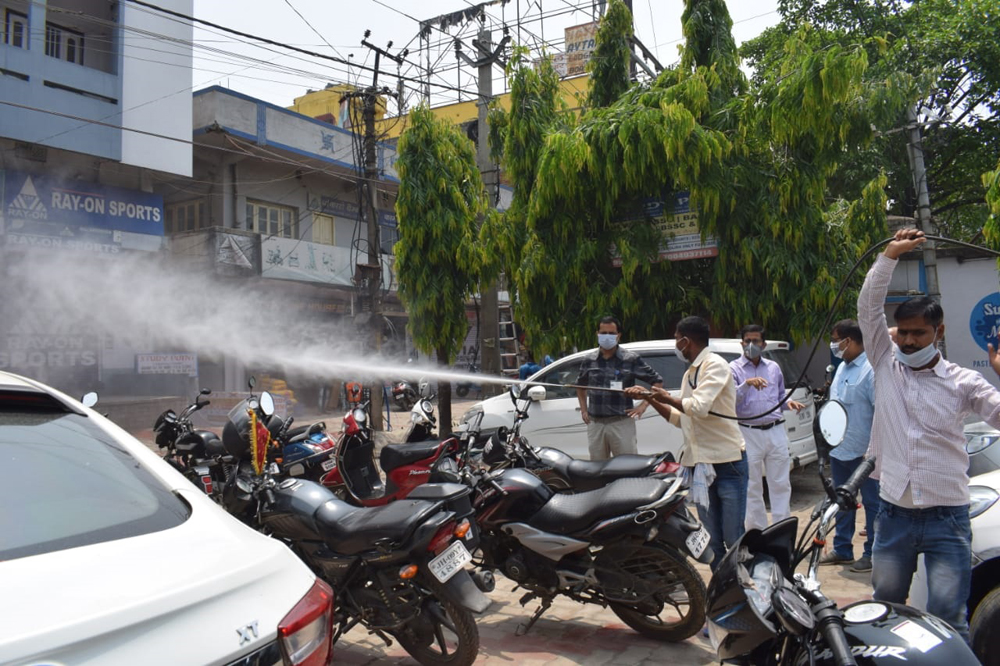 A 43-year-old autorickshaw owner, who came to Bokaro driving his vehicle 1,800km from Mumbai with his daughter, tested positive for Covid-19 late on Thursday night.

The district health department picked him from Taranagar, Chas, where he was in home quarantine and shifted him to the Covid-19 ward of Bokaro General Hospital in the wee hours of Friday.

After he was declared coronavirus positive, his wife and five daughters were brought to the district quarantine centre, while the area where they live in a rented home was sealed and declared a containment zone. A team conducting contract tracing found that he had ferried two residents of Hazaribagh.

The patient had taken his ailing 20-year-old daughter to Mumbai for treatment. Facing financial difficulties due to the lockdown, they decided to return back home in Bokaro and reached here on May 14. At the district border checking point, his entry was recorded and his swab taken on May 16.

The report came just a couple of days before he was to complete the mandated length of home quarantine.

“Since the report came after a delay of 12 days, he may have already recovered. We will send his second swab sample soon,” a health department official said.

“Meanwhile, we have sent the swab samples of his family members to confirm their status,” the official said.

Reports from PMCH are being delayed by eight to 12 days except for special cases. The sample reports of three persons who were declared Covid positive, including the autorickshaw driver from Mumbai, came after a delay of 12 days.

In the case of a 65-year-old resident of Siwandih who had arrived from Calcutta, however, the health department made a special request to the PMCH for an early report. The report was delivered on Friday.

Twenty-one people have been detected with Covid-19 in Bokaro. Of them, a 75-year-old person died in April while 14 persons had recovered.