Condition of the country almost like Sri Lanka and Pakistan, say agitators 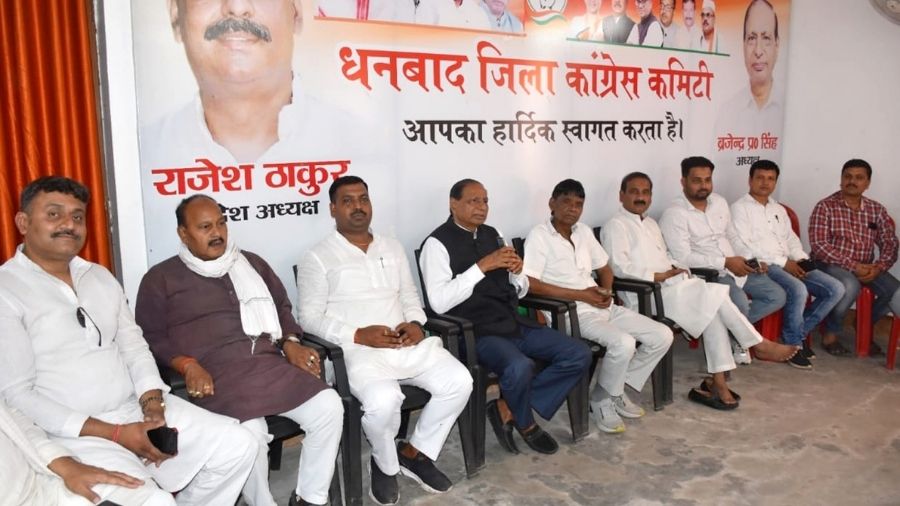 Congress leaders of the district who congregated in the party office under the chairmanship of district president Rajendra Prasad Singh expressed deep concern over the inflation leading to an unprecedented rise in the prices of all essential items like food grains, edible oils, lemons, Petrol, Diesel and LPG.

The protesters, who termed the condition of the country almost like Sri Lanka and Pakistan that are facing a difficult economic situation said, “The country has never faced such a situation when lemons are being sold at Rs 15 per piece, petrol is at all-time high of Rs 108 per litre, edible oil at Rs 250 per litre, mustard oil at around Rs 180 per liter”.

“While the country is facing its worst-ever economic crisis, the government is taking no steps to tide over the crisis and is not even uttering a single word about the difficulties being faced by the common people,” said Singh and charged the that the government is instead busy with patting it’s back for its foreign policy achievement.

“The petrol and diesel price remained under control till the elections in different states including UP and started rising as soon as the elections concluded,” further said Singh.

“The recent media reports suggested that LPG prices in India are highest in the world, Petrol is the third highest and diesel prices of India are the eighth most costly in the world,” pointed out Singh and added that this shows the worst financial management in the country by the BJP led government which used to leave no opportunity to criticize the previous UPA government over the slightest rise in prices of Petrol and Diesel.

“Common people which are already facing the brunt of job losses, salary cut and decrease in income due to business slump are the worst hit due to this unprecedented inflation and price rise,” said, Shamsher Alam, state executive committee member of  Congress.

Echoing sentiments, Baibhav Sinha, town president of Congress said, “While the common people are facing the worst ever economic crisis the BJP legislators, instead of concentrating on solving the woes of the common people, are busy with penalizing journalists by turning them nude like they did in Sidhi police station of Madhya Pradesh for making news against them.”

“In the history of Independent India, such a blatant attack against the fourth pillar of democracy has never taken place,” said Sinha.