Ritesh Tiger, Ajay Yadav, and Ashish Yadav were about to commit a big crime 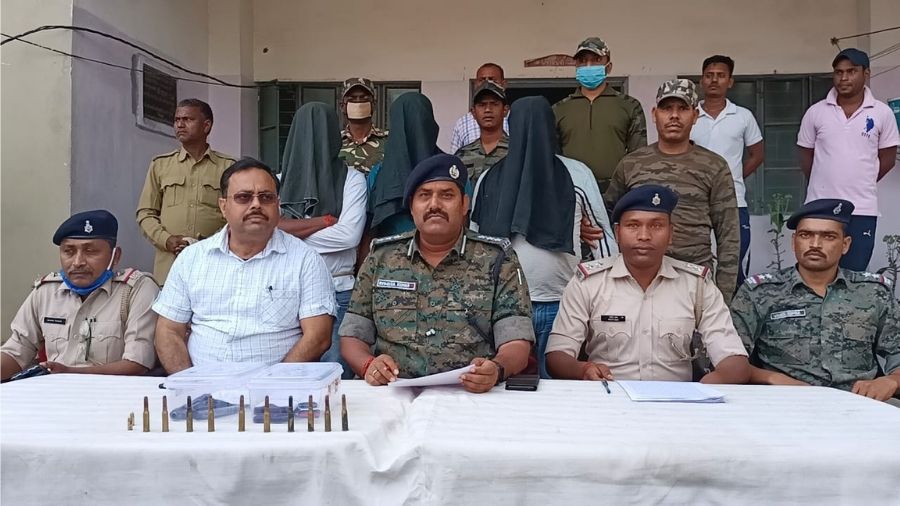 The Chatra Police arrested three PLFI extremists, including a wanted area commander, acting on a tip off that revealed that they were about to commit some big crime, SP Rishav Kumar Jha said on Saturday.

The three, identified as Ashish a.k.a Ritesh Tiger, Ajay Yadav and Ashish Yadav, were arrested after a team of the Chatra Police led by Avinash Kumar raided  Mayapur Mor in Jajlo bazar under the Huntergunj Police Station.

Cases. They have recovered one pistol, 12 live bullets,one magazine, a bike, seven sim cards and four mobile phones from their possession.

Kumar said that the accused had created a reign of terror in the area and had been threatening businessmen, demanding money from them.

The team of police that nabbed the extremists was constructed by Jha. It comprises Kumar, Huntergunj officer-in-charge Rajeev Ranjan, and other officials including Nandan Kumar Singh, Rohit Sahu, Vinod Kumar, Sunil Dubey and others from the Huntergunj Police Station.