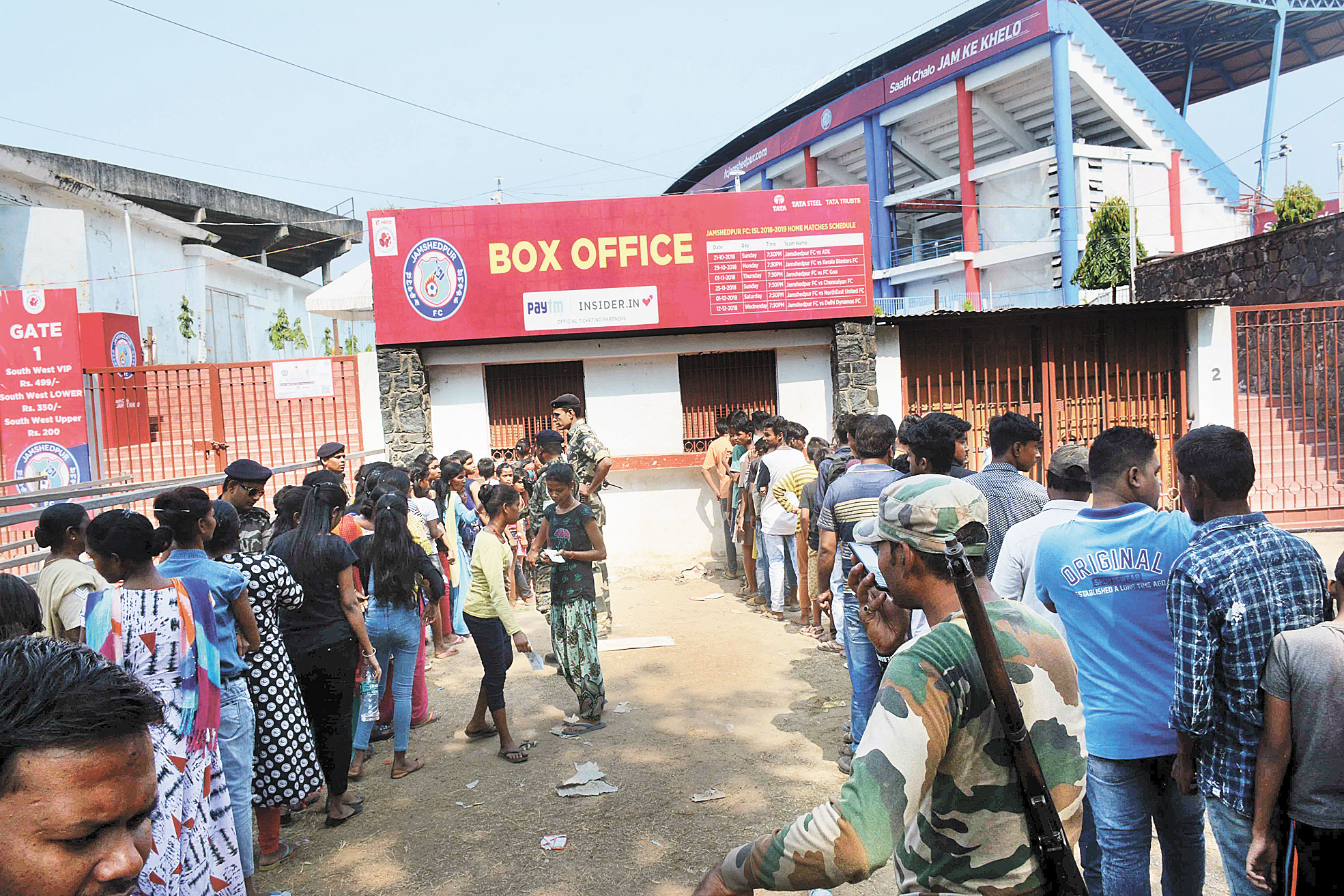 People queue up in front of the ISL ticket counters at JRD Tata complex in Jamshedpur on Thursday.
Bhola Prasad
Our Correspondent   |   Jamshedpur   |   Published 25.10.18, 06:29 PM

Tickets for the two upcoming JFC home matches in the steel city are selling in large numbers.

Jamshedpur FC will take on Kerala Blasters FC on October 29 and against FC Goa on November 1. Both the matches will be held at JRD Tata Sports Complex in Bistupur.

According to a JFC official, tickets of Rs 50 and Rs 100 denominations (northern and southern ends of the stadium) for both Kerala and Goa ties have already been sold both online (Paytm and Insider.in) and offline.

“Over 17,000 tickets of the match against Kerala Blasters FC have already been sold. Even tickets for the Goa tie is in equal demand,” said a JFC official.

Currently the capacity of JRD Tata stadium is around 23,700 as earlier to 24,774. The stadium can now accommodate lesser number of people due to the newly installed bucket chairs at the upper tier of the eastern stands.

“Jamshedpur is the sports city of Jharkhand and fans here have huge craze for football. So it is obvious that few would like to miss attending matches in their hometown,” the official added.

Jamshedpur have so far played three matches and earned 5 points. The Tata Steel-owned franchise started their campaign on a winning note against Mumbai City FC on October 2 before forcing Bengaluru FC to play a 2-2 draw on October 7. The match against ATK on October 21 saw a 1-1 result.