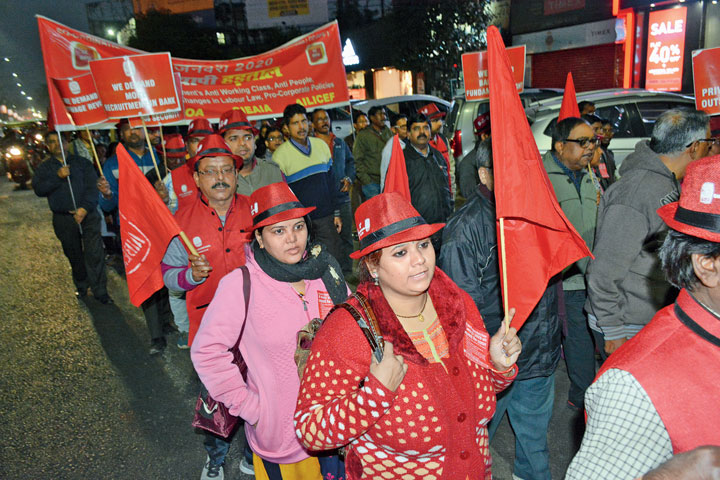 Autos will ply in the state capital but the steel city will have very few of those on the roads on Wednesday when Left parties and 10 trade unions have called for an all-India bandh to protest against the Centre’s “anti-people” policies.

The Jamshedpur Sikshit Tempo Chalak Sangh, a body of 12,000-plus auto-rickshaw drivers, has decided to keep their vehicles off the road.

Banks and offices of insurance companies will also not function in the steel city as employees have pledged their support for the bandh.

The Jamshedpur Sikshit Berojgar Mini-bus Owners' Association has, however, not supported the bandh. Schools will also be open.

The state capital is likely to be hit less by the bandh.

“Auto operators (in Ranchi) will not join the strike, so auto movement will remain normal in the city,” said Dinesh Soni, founder of Jharkhand Pradesh Diesel Auto Chalak Mahasangh.

However, banks are likely to be shut. “All the associations of bank officers and employees will join the strike,” said M.L. Singh, state unit general secretary of the Bank Employees Federation of India.

Street-corner meetings at Kokar industrial area during the day followed by a march on Main Road in the evening marked preparations in Ranchi for the shutdown.

During the march, a loudspeaker played Hum dekhenge, the famous poem of Faiz Ahmed Faiz that recently hit the headlines when IIT Kanpur instituted an inquiry into it because students recited it during an anti-citizenship amendment meeting.

“If you consider all workers in unorganised sectors and also those self-employed, the strike is aimed at benefiting around 60 lakh people in the state,” said Prakash Viplav, CITU state unit general secretary.