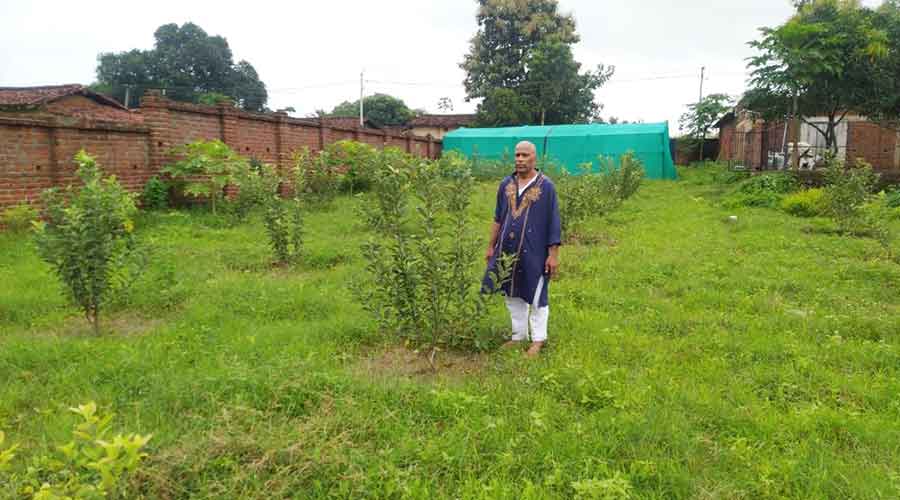 A Ranchi agriculture officer has started an apple farming initiative in Dorio village in Bagodar Block of Giridih along the Grand Truck road.

Rameshwar Nath Mehta, a native of Dorio, has planted around 100 apple saplings on 50 decimals of land.

“The apple saplings were planted 10 months ago and now it has grown upto 5 feet.  Fruits will also start coming up by 2022. The plants are healthy,” he said.

Mehta said, “I come across HRMN-99 apple variety which does not require chilling hours for flowering and fruit setting. It grows in low altitude at 1800 feet above sea level. Unlike Kashmiri or Himalayan apples, the flowering of this apple variety begins in January and it becomes ready to harvest in early June (after three years of transplanting).”

Mehta ordered 100 apple grafted saplings from a Hyderabad nursery. Each sapling cost him Rs 125. He uses organic methods to maintain the farm.

“Of the 100 sapling, only two died due to heavy rain while others are growing and are in healthy state,” he said.

Jagdish Prasad, a teacher said, “we are very happy to see apple farming in our village. It is really a good initiative.”

Villagers were initially sceptical about the saplings surviving in the hot and humid climate. The farm has become an attraction now and Mehta plans to expand it soon.

Deputy comissioner of Giridih, Rahul Kumar Sinha said “It is an innovative step in farming."